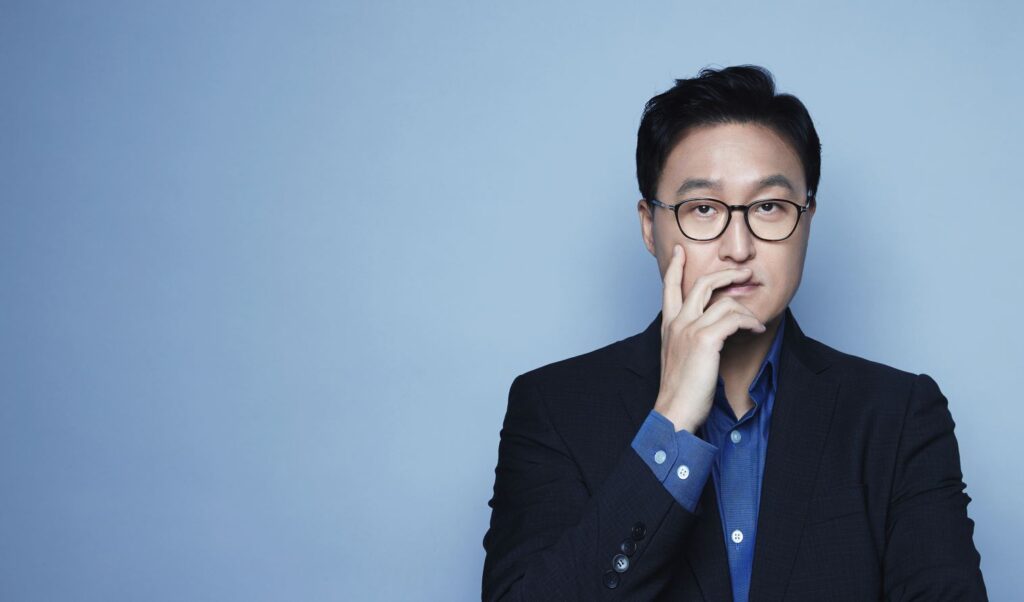 The new Samsung Galaxy S22 series smartphones that debuted earlier this year at Galaxy Unpacked 2022 feature a host of innovative technologies and enhancements across the board from improved cameras to enhanced durability using the new Gorilla Glass Victus+ and Armour Aluminum integrated in their design. 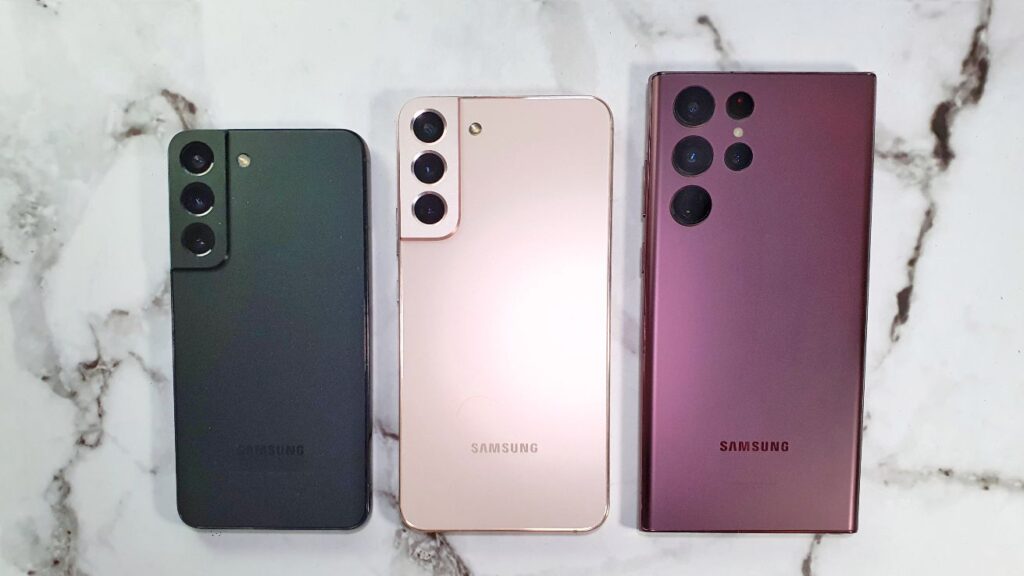 The new Samsung Galaxy S22 series feature a host of groundbreaking technologies in their displays including the new Samsung Vision Booster technology for enhanced clarity under sunlight.

Where the new Galaxy S22, Galaxy S22+ and Galaxy S22 Ultra outpace the competition by a mile though are their use of generation of Dynamic AMOLED 2X displays that are not only able to offer brighter, smoother and more colour accurate imagery than ever before but are able to decisively address classic pain points befalling users like poor clarity under direct sunlight and fast battery drain due to having to use a brighter display.

To address these challenges, the new generation displays used in the Galaxy S22 series take advantage of Samsung’s newly developed Vision Booster and Advanced Panel Self Refresh (APSR) technologies that are currently unique to the series, but how exactly do these new technologies in Samsung’s displays work?

Hitech Century had the privilege of having a chat with Dr. Byung Duk Yang, Vice President and Head of Display R&D Group in MX Business at Samsung Electronics. For the uninitiated,  Dr. Yang and his team pioneered a host of innovations that have changed the smartphone landscape since he joined Samsung in 2018. 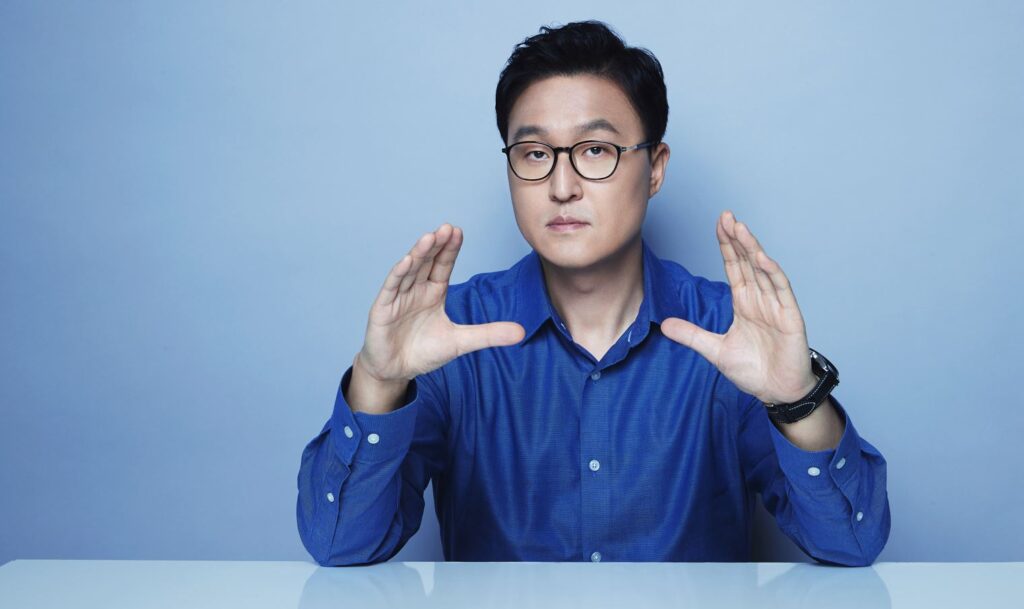 Based in South Korea, he and his team were the first to create the punch hole display design first seen in Samsung Galaxy smartphones which then created a migration from huge notched displays into an unobtrusive small punch hole seen in countless smartphone displays today. He and his team also spearheaded the enhanced frame rate controls that allow the latest Samsung Galaxy phones to dynamically adjust refresh rates from 1Hz to 120Hz for optimum performance.

For the new Samsung Galaxy S22 series, Dr. Yang and his team were behind the innovations in the displays used in the new Galaxy S22 series smartphones and were responsible for developing the aforementioned APSR and Vision Booster  tech.

“The Galaxy S22 represents some of our most advanced display features in Galaxy devices. It blends the power of intelligent software and powerful hardware to create a mobile experience that helps and empowers our users” – Dr. Byung Duk Yang, Vice President and Head of Display R&D Group in MX Business at Samsung Electronics 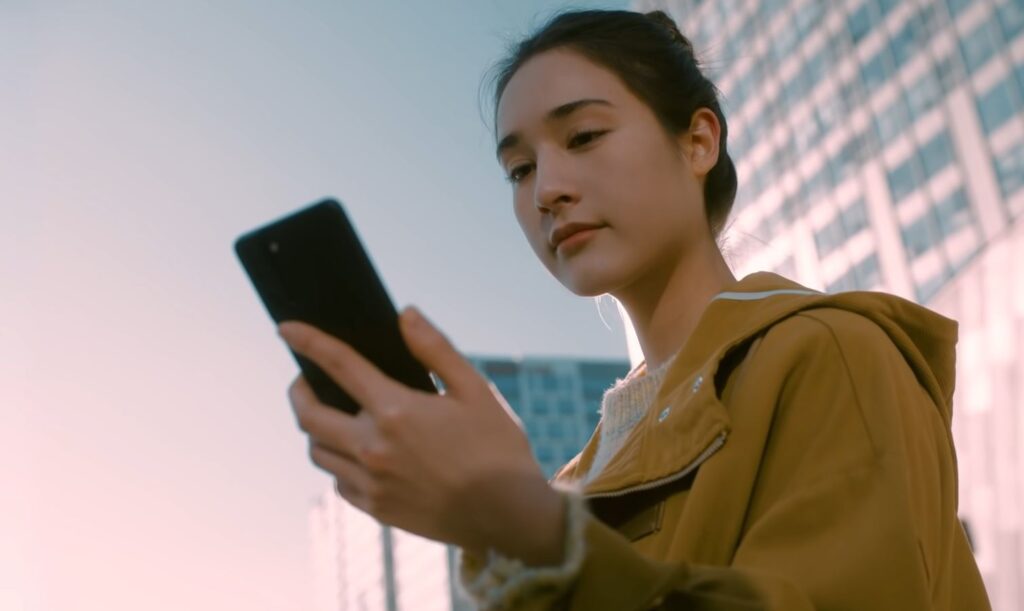 One of the biggest challenges in many smartphone displays is clarity under direct sunlight which is what Samsung Vision Booster technology directly addresses in the new Galaxy S22 series.

“Samsung has long led the industry in providing cutting edge display technologies. We introduced groundbreaking technologies like the Infinity series displays and performance features like variable refresh rates. We were also among the first to use AI to develop an intelligent display that adjusts to its environment for better visuals for users. However, there are still improvements to be made and as we set out to create the Galaxy S22 series displays, we wanted to address some of the major consumer pain points related to a smartphone screen,” said Dr. Yang. “The Galaxy S22 represents some of our most advanced display features in Galaxy devices. It blends the power of intelligent software and powerful hardware to create a mobile experience that helps and empowers our users,” he added.

What are the pain points of smartphone users and how does the Galaxy S22 series aim to address these challenges?

“Based on our research, consumers found that outdoor visibility was a primary source of frustration with smartphones. Additionally, we also noted that long battery life was one of the most essential functions in our smartphones. Our challenge was in finding a solution in improving outdoor visibility without sacrificing battery life,” said Dr. Yang.

When the Galaxy S21 series launched in 2021, Samsung was already at work on creating the next generation of smartphones that addressed customer pain points. To do so, they acquired feedback in a comprehensive Galaxy S21 series online buyer’s survey where consumers listed their traditional pain points when using their devices.

In terms of challenges that consumers wanted solutions for, the top grievance on the list with 42% of those polled were unsatisfied with low outdoor visibility for displays followed by 34% who were unhappy that displays were prone to getting scratched or broken.

The buyer’s survey also noted that of the pain points flagged, almost 34% of users highlighted battery life as their biggest issue followed by speed/processor performance (24%). Following this were a variety of other pain points such as a lack of 5G connectivity (24%), insufficient storage space (16%), camera resolution (15%), unsatisfactory camera zoom (11%) and last but not least, the tendency for cracks and scratches to appear on screen (9%).

“To address these paint points, we increased the peak brightness of the Galaxy S22 series and in the case of the Galaxy S22 Ultra up to 1,750 nits and developed a new feature called Vision Booster. Basically, Samsung Vision Booster uses a new algorithm to enhance outdoor visibility of the display in direct sunlight or situations where reflections are prominent on the display itself,” said Dr. Yang.

What is Samsung Vision Booster technology and how does it work in the Galaxy S22 series?

Samsung Vision Booster technology is entirely automated and is a combined hardware solution and a software algorithm that analyses the luminance histogram of an image and then remaps the tone while also maximising the colour contrast in order to offer enhanced visibility for users who are using their Galaxy S22 series display under brightly lit conditions like direct sunlight.

In effect, Samsung Vision Booster makes dark areas brighter and colours richer to create a sharper picture or video even under daylight conditions. 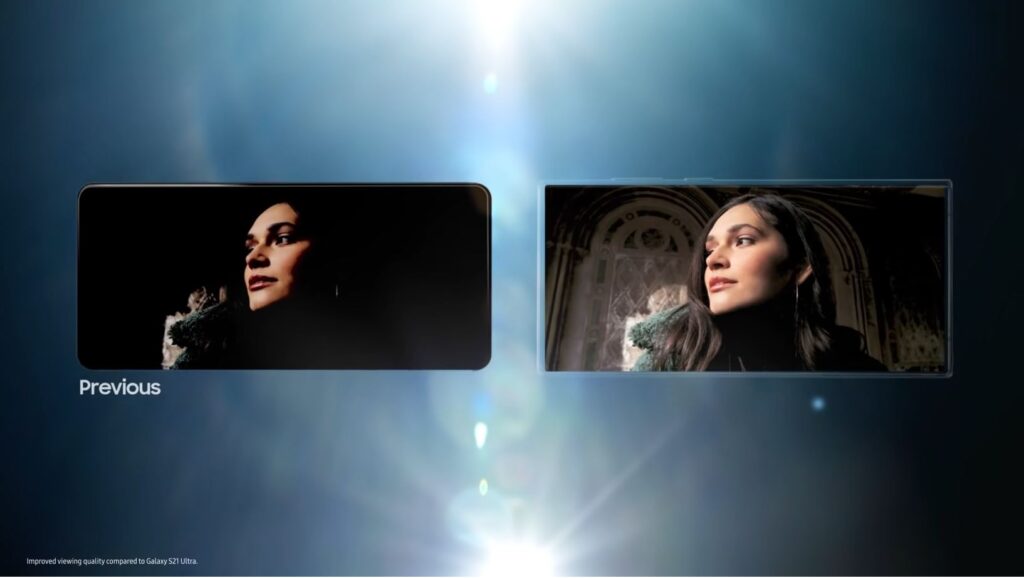 In a demonstration with a Galaxy S22 display, Samsung Vision Booster technology was able to dramatically make an image of a cityscape taken at dusk with low contrast save for the setting sun on the horizon with most of the buildings bathed in shades of grey.

When viewed indoors, it is easy to make out the details in the shot but under daylight conditions, it’s almost impossible to do so.

What is Advanced Panel Self Refresh Rate (APSR) technology ?

To help tackle the other persistent pain point of consumers – that of battery life, Samsung also introduced their Advanced Panel Self Refresh (APSR) into all of the Galaxy S22 series’ displays.

“With the Galaxy S22 series, we have moved the needle once again in terms of display performance by developing the first advanced panel self refresh rate (APSR) technology.” said Dr. Yang.”

“In the Galaxy S22 series we were able to decrease the frequency of signals between the AP and driver IC using advanced panel self refresh technology which led to greater power savings and overall improved smartphone performance.” Like Vision Booster tech, APSR works in the background to optimise frame rate and battery life without sacrificing quality.

He gave another example of how APSR works when users are gaming on the Galaxy S22 series. “There could be different frame rates in a game but if the game is quite intensive, APSR is intelligent enough to stay off. Another scenario where APSR comes into play is that when users are scrolling through web pages and APSR intelligently lowers the frame rate when users are pausing between scrolling when reading pages, effectively optimising frame rates to usage,” he added.

How much tougher and scratch resistant is the new Corning Gorilla Glass Victus+ used in the Galaxy S22 series compared to its predecessor?

Will Vision Booster technology be available in Samsung’s next generation foldables and downstream to other offerings like the mainstream Galaxy A series and other display panel types beyond AMOLED?

“Yes, we are conducting preparations from our end to further refine and expand these technologies to our other offerings. Our goal for the future for Galaxy displays is to continue developing innovative technologies that surpass the limitations of today’s displays and keep moving forward with the discovery of intelligent features using advanced AI technologies to offer a more personalised experience for everyone,” said Dr. Yang.

To check out and purchase the Samsung Galaxy S22 series, check out Samsung’s official online store for Malaysia at https://www.samsung.com/my/