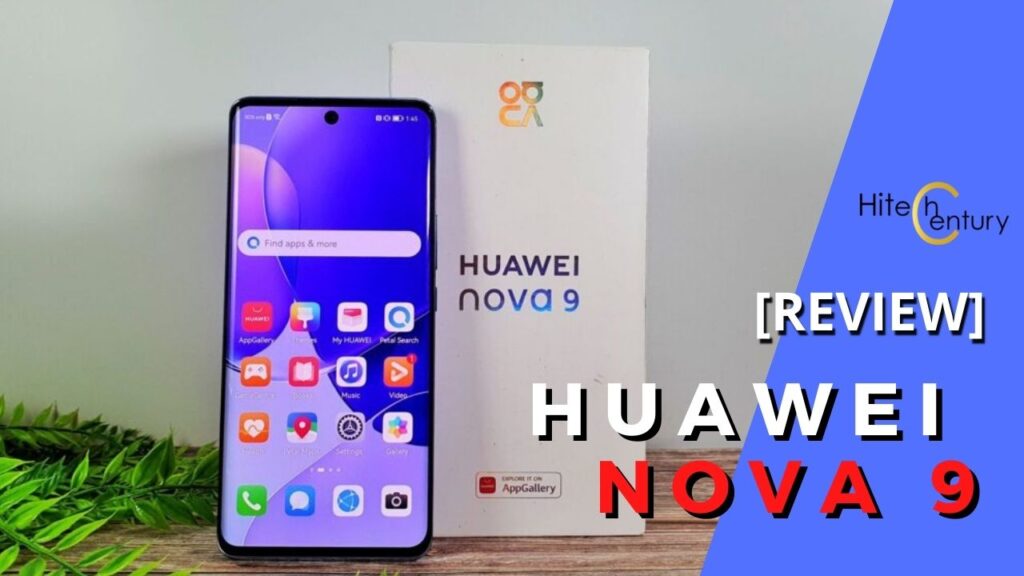 Intended as the heir to the nova 8 that was launched earlier in August, the nova 9 bears quite a few similarities to its predecessor but also adds a few features into the mix but is it worth the money? Our nova 9 review will attempt to answer that question shortly. 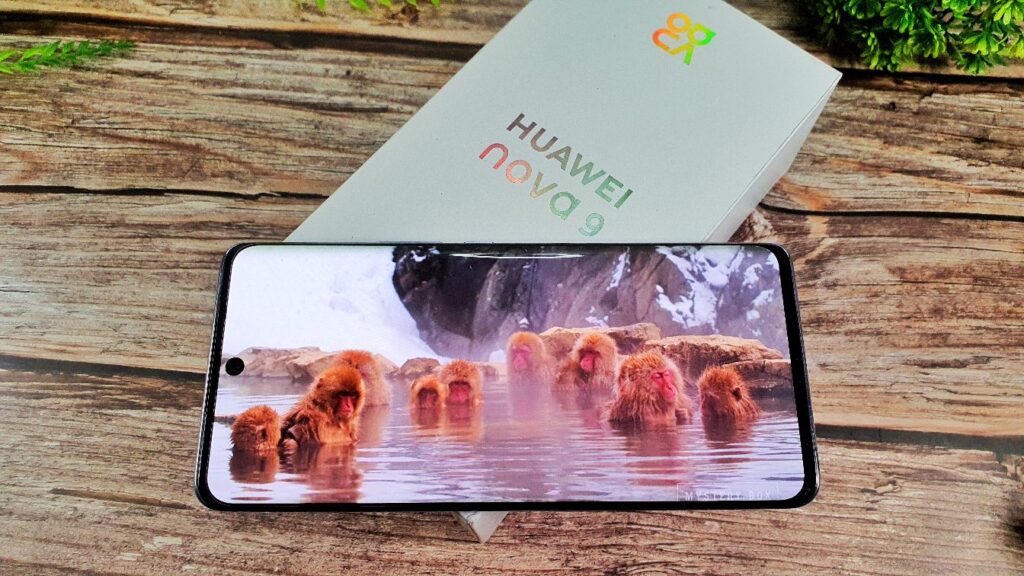 While Huawei’s reasons to deploy the nova 9 scarcely months after the launch of the nova 8 in the same calendar year are difficult to fathom, the fact remains that the phone makes the best of their ongoing supply challenges in an attempt to achieve a modicum of performance and value.

The nova 9 also swaps out the Kirin 820E in the nova 8 for a more conventional Snapdragon 778G processor though this particular variant for the nova 9 only features 4G connectivity. 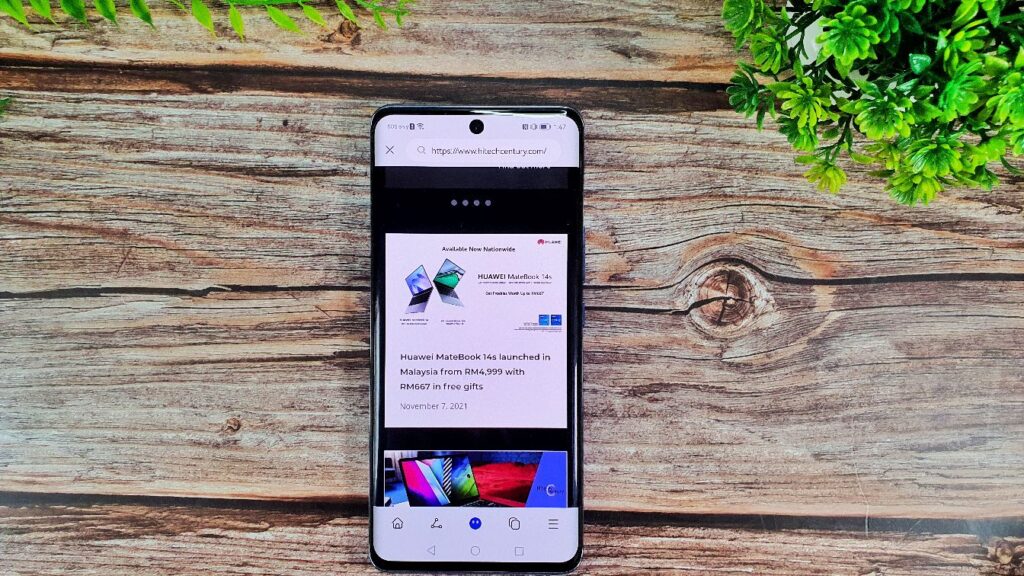 One particular difference is only relevant to users in Malaysia as Huawei will only be shipping in the 8GB RAM/ 256GB model so that users will get approximately double the storage for about the same cost. While we weren’t furnished with the exact price at the time of writing, an educated guess places it in the circa-sub RM2,000 region. The nova 8 at launch was RM1,899 and it’s likely it won’t wander off too far from this price point.

Our Huawei nova 9 review sample came in a shade that they called Starry Blue which is readily apparent on the rear polycarbonate backplate.

The Starry Blue finish is a semi-matte silvery finish that has quaint reflections of purple and slight shades of blue if you angle it up to the light at certain angles which makes for a very novel spectacle. While it is made of plastic, the backplate and the frosted finish give it a pleasant tactility while also being fingerprint resistant. 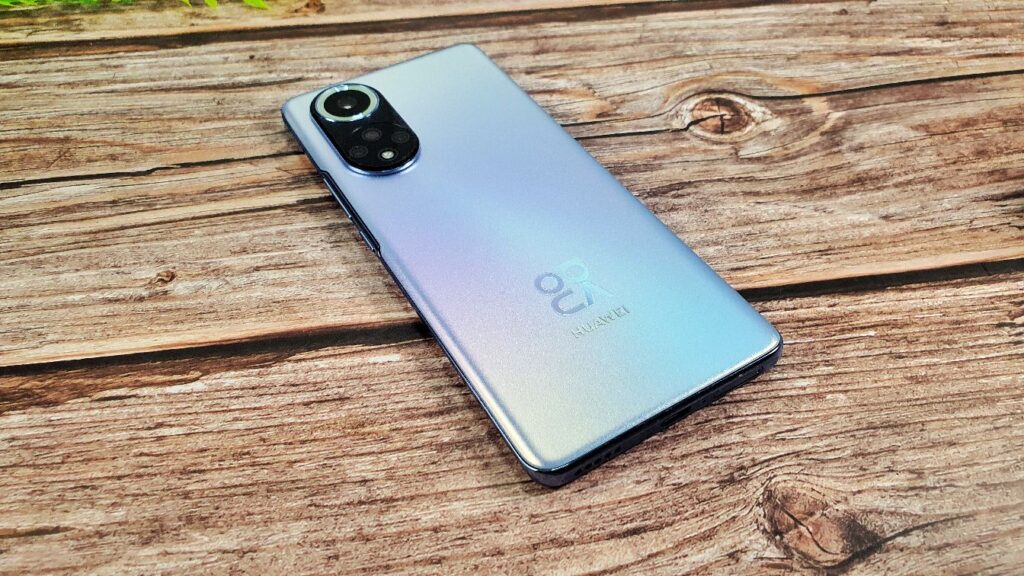 The most eye-catching aspect of the rear backplate is the oval-shaped camera array  that arranges the main 50MP sensor up top and the remaining three cameras and LED flash in a diamond formation at the bottom housed in a rather large camera bump. It’s not the chunkiest I’ve seen but it’s big enough that it can run the risk of getting scratches if placed face down on a table without a casing.

The right side of the phone hosts a power button and volume rocker while the left side and top is otherwise bare. On the base of the phone, it hosts a nano sim card tray along with a USB-C charging port. 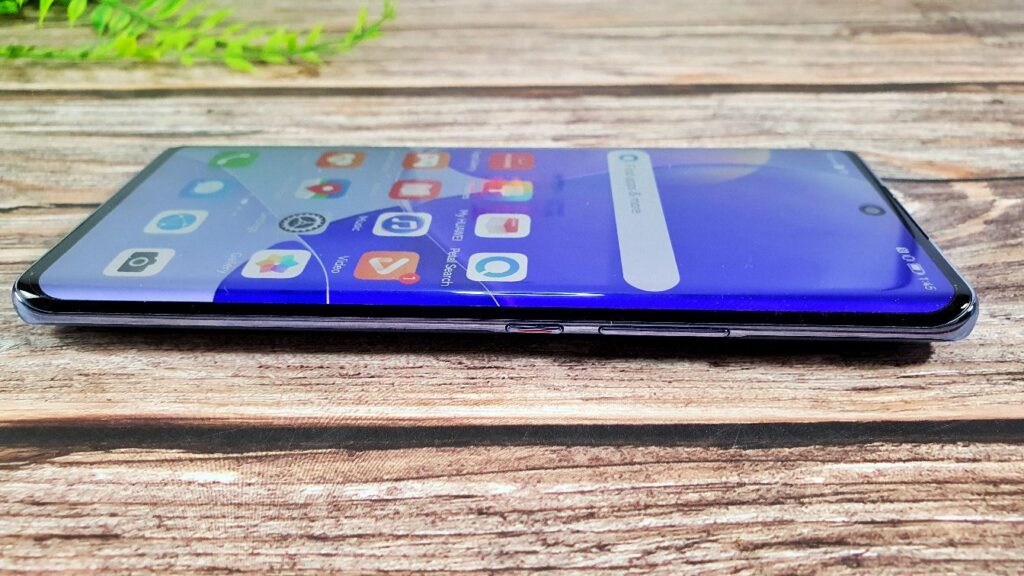 Up front, our nova 9 review sample comes with a 6.57-inch OLED 120Hz Fullview display that features slightly curved edges along the sides with slim side and top bezels though the bottom bezel is marginally thicker than the rest. The top portion hosts a punch hole for a single 32MP selfie camera.while the lower section hosts an in-display fingerprint reader for biometric authentication.

In terms of overall build quality,  the nova 9 is a fair contender that bears all the hallmarks of contemporary smartphone design with a curved display, gently rounded edges and a sleek finish though the more contentious aspects of its design are under the hood. 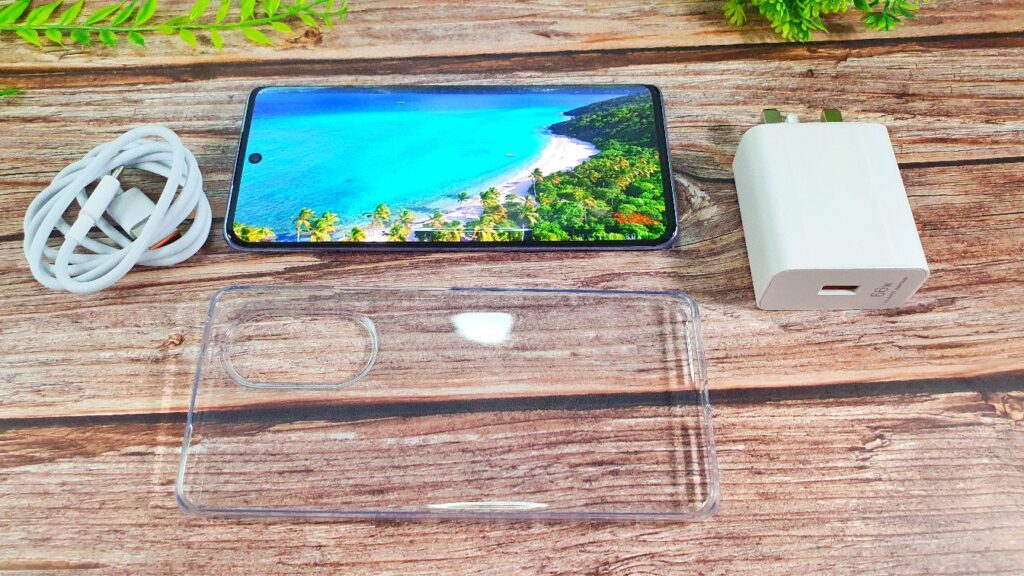 For our nova 9 review unit, we were issued the usual SIM eject pin, a soft silicone case, a 66W fast charger and the accompanying cable. The casing won’t appear in all markets though Malaysia will get the casing.

In terms of specifications, the Huawei nova 9 comes with the following hardware:

In terms of hardware, the biggest draw to the nova 9 is its flagship-grade 6.57-inch FHD+ OLED display that has a 120Hz dynamic refresh rate.

The provided Snapdragon 778G processor powering the phone is intended as a midrange processor that’s built on a 7nm process with a 2.4GHz clock speed though the version Huawei uses lacks 5G connectivity and uses a 4G modem. This does somewhat limit its utility when 5G rolls around in Malaysia.

When subjected to synthetic benchmarks, the Huawei nova 9 scored the following:

Objectively speaking, it performs better than the Kirin 820E on the older nova 8 by a decent margin for synthetic benchmarks though this has to be tempered by the fact that most of these benchmark applications have also been updated with new testing parameters so it’s not a complete apples to apples comparison. You can check out the nova 8’s benchmarks in our review here.

Under more practical field conditions, our nova 9 review sample performed in a competent fashion and the 8GB RAM and 256GB of storage with the proven Snapdragon 778G manages to handle everything asked of a midrange phone. 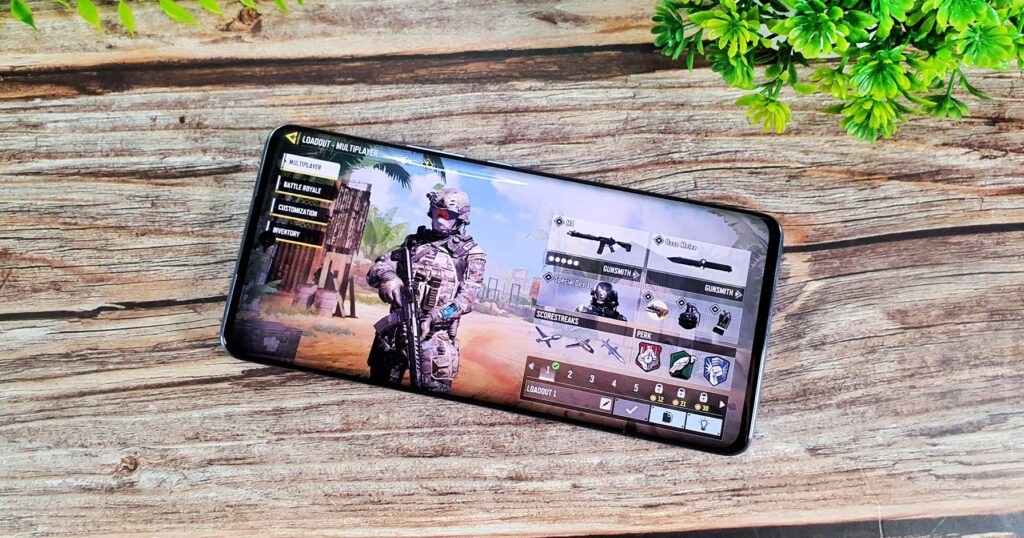 Despite the lack of Google applications and services, Huawei has managed to close the gap by an admirable margin this time around. Their AppGallery covers the majority of apps that most Malaysians would use including banking apps for most major banks, the obligatory Grab app for food delivery and transport and emails, even those from Gmail, can still be routed through Huawei’s own stock email app. 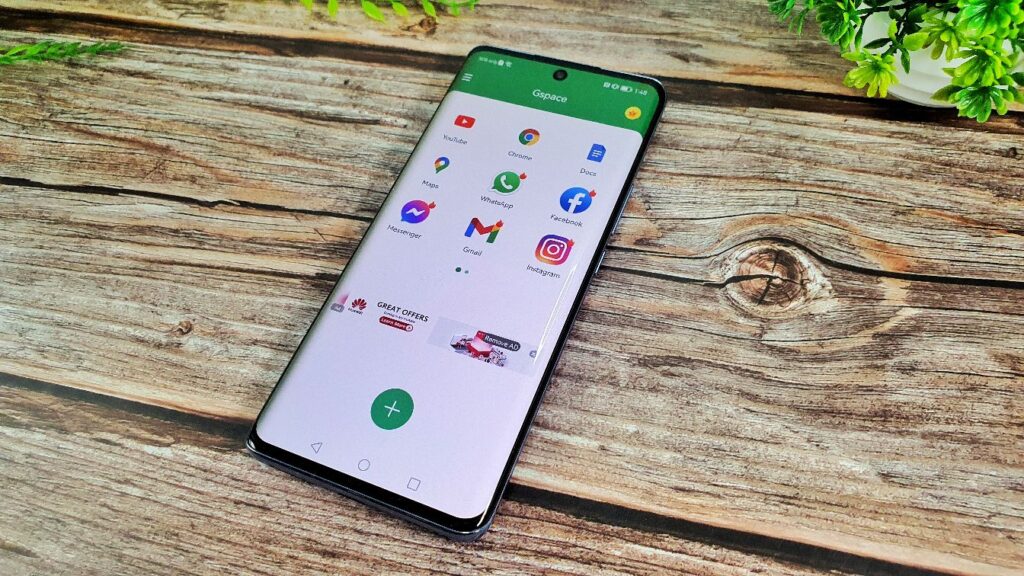 While prior efforts in bypassing the lockout were irksome to say the least, Huawei has worked on a stable bypass by getting users to download an app called Gspace from the AppGallery which then lets you use the majority of Google applications on the phone including Google Docs, YouTube and Gmail.

The irksome part here is that accessing these apps is still an irksome two step process as you have to use them via the Gspace app. Even so, this solution resolves what has thus far been Huawei’s greatest Achilles heel in their smartphones. It’s not all smooth sailing though as there’s still some pop-up ads popping up on the AppGallery and other stock apps.

The nova 9’s 6.57-inch OLED display is easily flagship grade with a 120Hz refresh rate and excellent colour reproduction as it’s rated for HDR10 content and, according to Huawei, able to reproduce the ‘full-path P3 colour gamut’ with a quoted Delta E of less than 1 for colour accuracy. 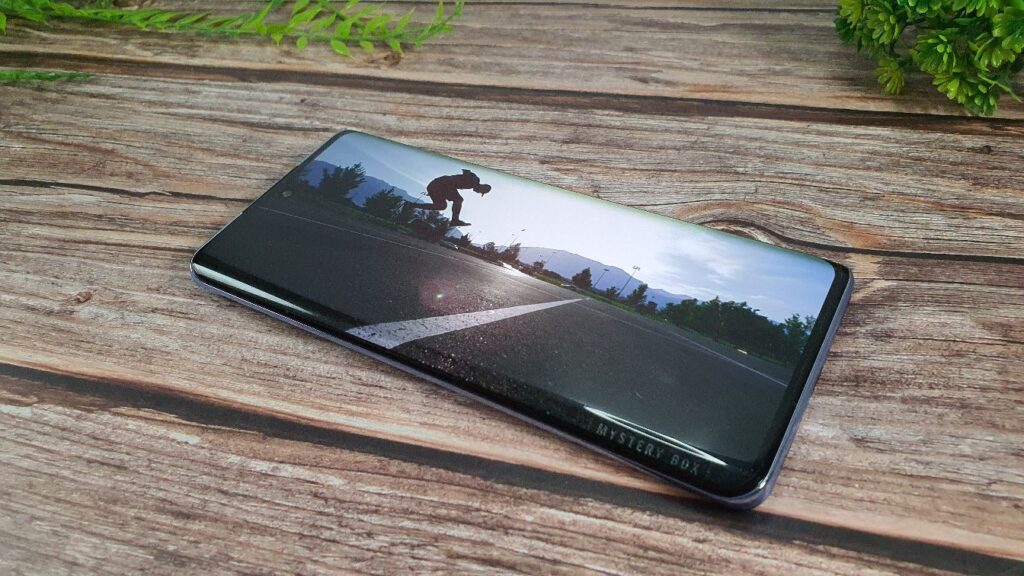 Visual clarity and colour rendition are satisfactory and the screen is bright enough for outdoors use. The quoted refresh rate works for the most part with smoother scrolling animations and primarily on its stock apps but dials it down to 60Hz for others.

The sole mono speaker is serviceable though it isn’t the best on test. It’s loud enough for use in the LRT but it understandably lacks detail and bass.

Battery life for our Huawei nova 9 review sample was above average and it was capable of lasting close to a day and a half of modest use with PCMark’s battery test yielding just short of 12 hours of usage. Charging times are also above average with the provided 66W fast charger. From dead zero, the 66W charger was able to juice the nova 9 up to about 60% in half an hour with a full charge in an hour.

The Huawei nova 9 features a quad camera array on the rear built around a primary 50MP F/1.9 Ultra VIsioncamera that uses Huawei’s own RYYB colour filter for better light sensitivity especially under low light that was first seen in the P30 series.

This is further enhanced with Huawei’s own AI and XD Fusion Engine to ensure better detail retention, dynamic range and colour rendition. One thing to note is that none of the cameras feature optical image stabilisation which relies on the AI to steady the camera versus a physical solution and the camera array lacks any optical zoom cameras, instead relying on digital zoom with up to 10x digital zoom for photos and 6x digital zoom for up to 4K@30fps videos. 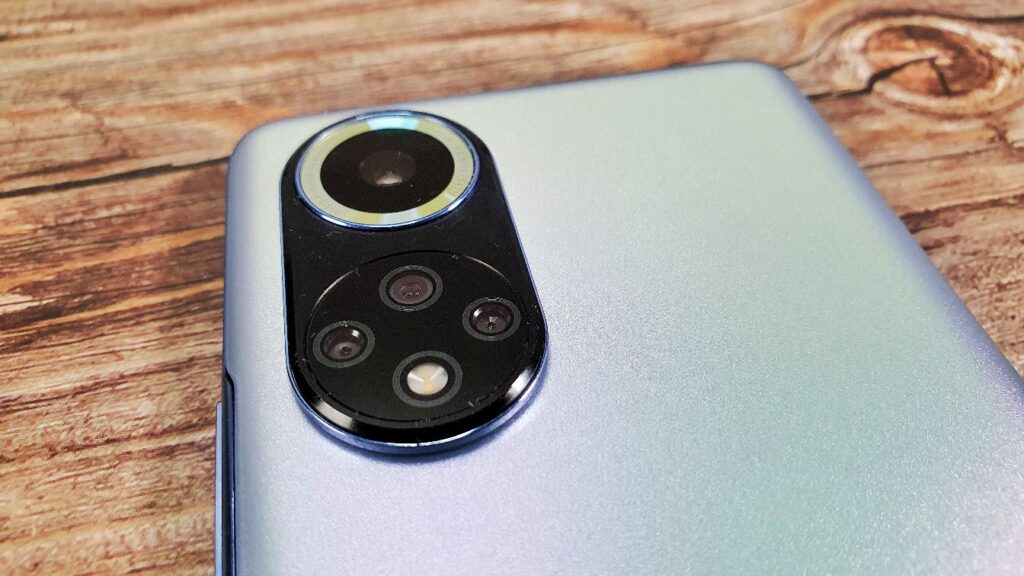 The front 32MP F/2.0 selfie camera is also capable of 4K@30fps video capture though doing so at full 4K resolution means it doesn’t support any beautification effects or filters. 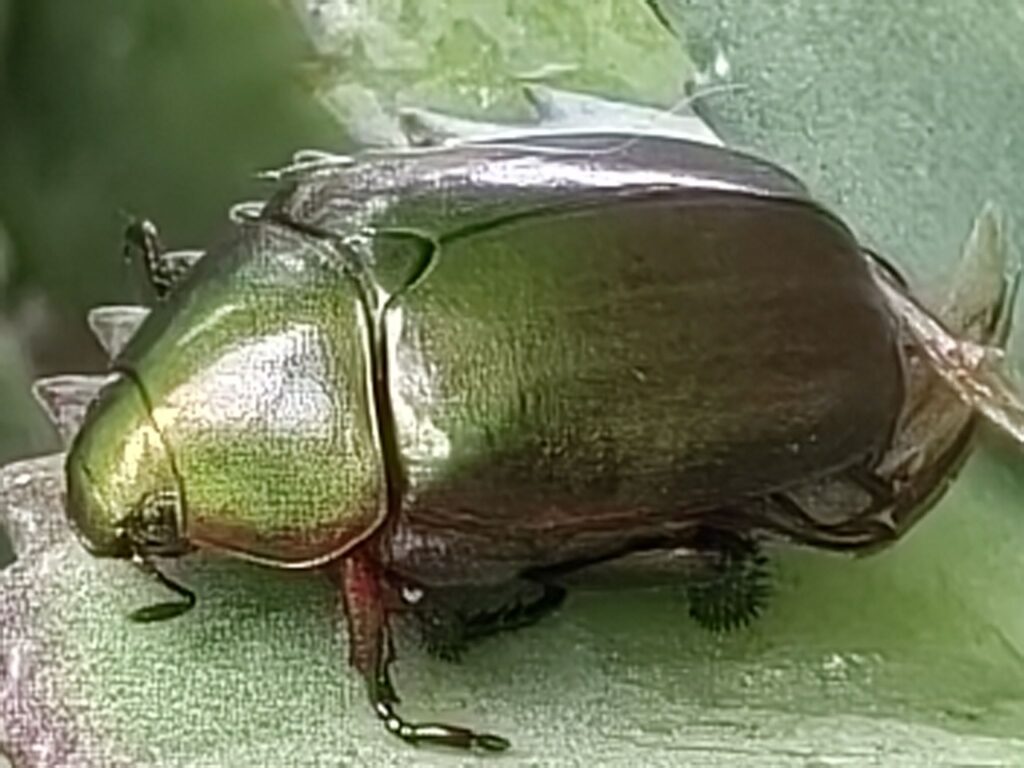 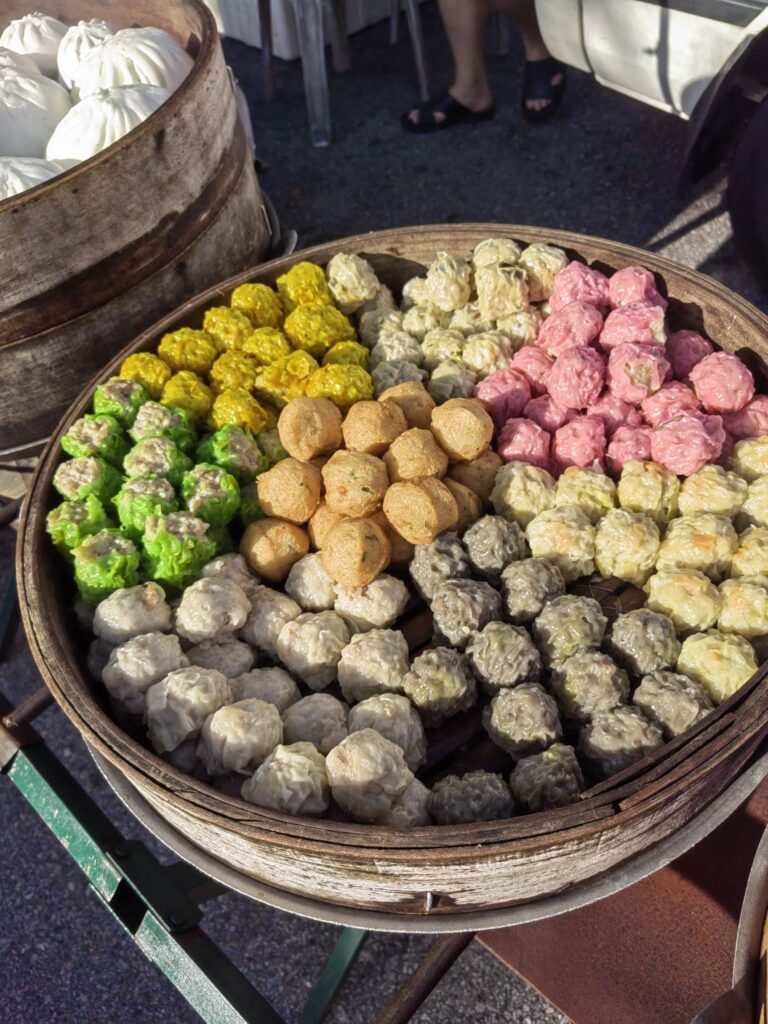 Image quality under daylight for the ultra wide and the main camera are certainly above average for the sub RM2,000 price range. Huawei’s expertise in AI prior to recent events is on show here as they’ve managed to eke out judder free, steady shots with good dynamic range and colour accuracy that are very Instaworthy even with the absence of OIS. Zoomed in shots at 2x are still very usable though at 10X, they’re noticeably soft if you pixel peel. 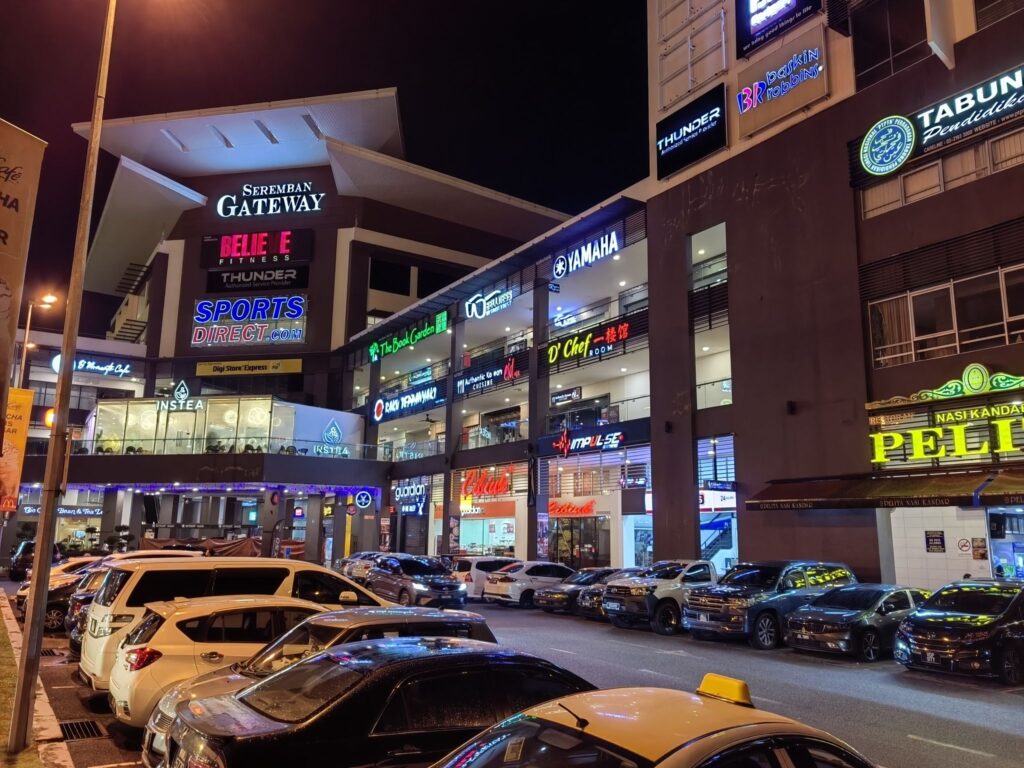 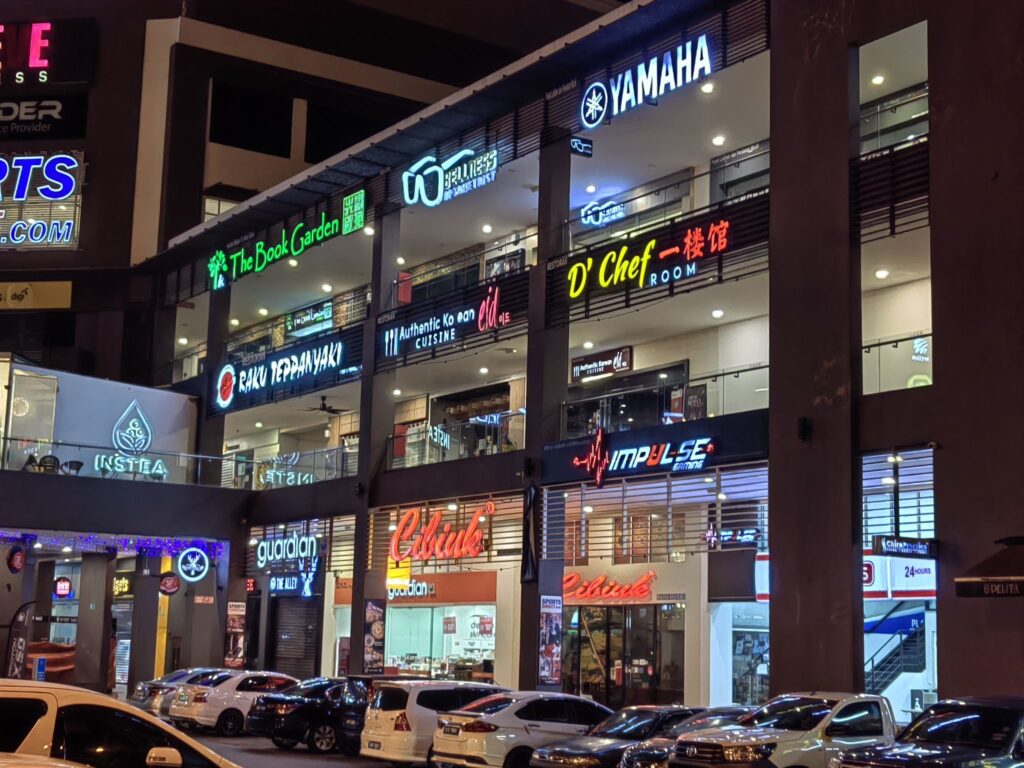 Under low light conditions, the nova 9’s cameras and its RYYB filter managed to eke out a surprising amount of dynamic range and detail for dim shots. Shots are understandably soft when peeked at up close but for this price point, it’s slightly better than many of its peers. 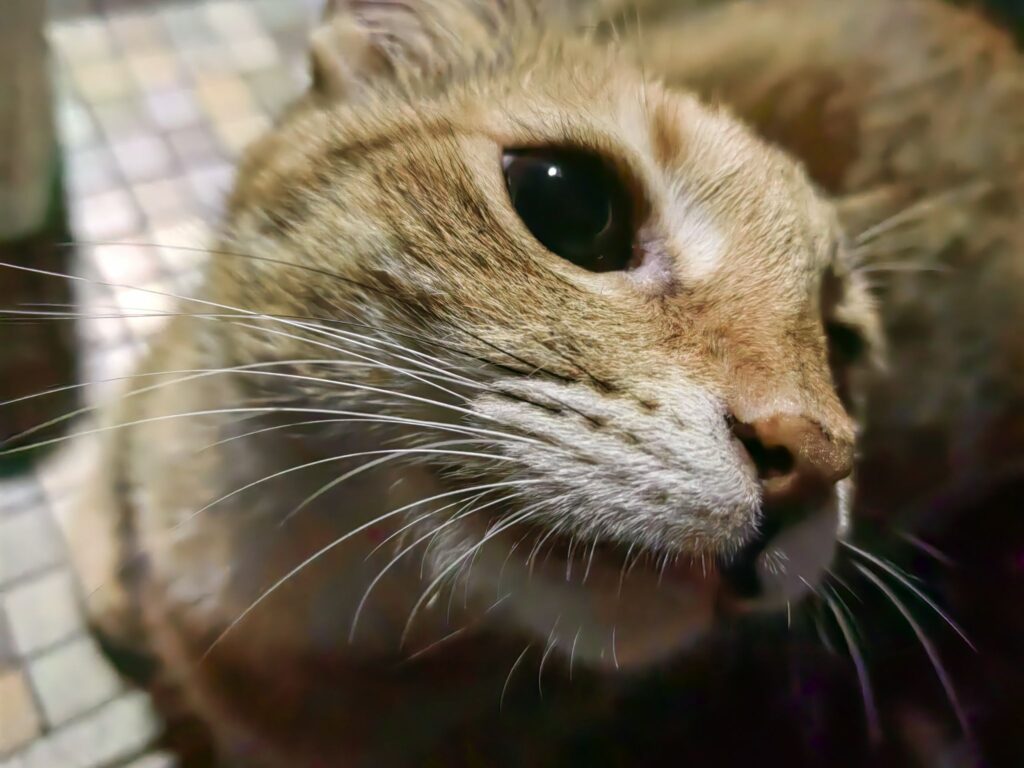 The front cameras do the job for selfies and serve up smooth enough footage for use in TikTok without undue trouble. On the imaging front, the nova 9 is a solid all rounder with a capable set of cameras. 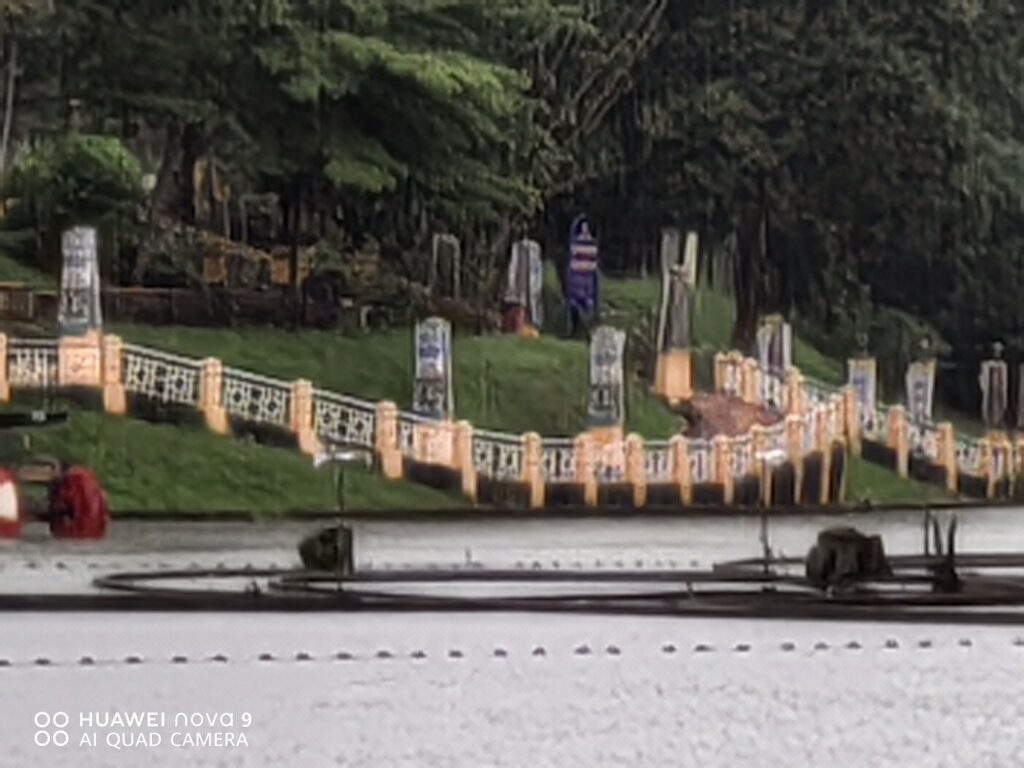 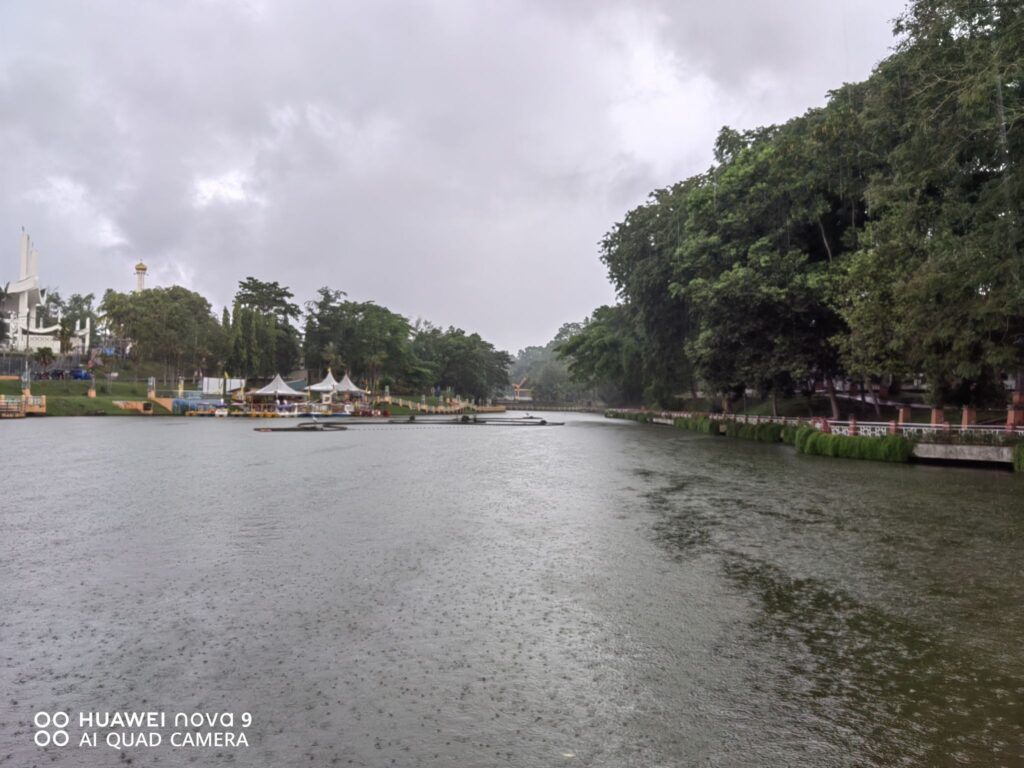 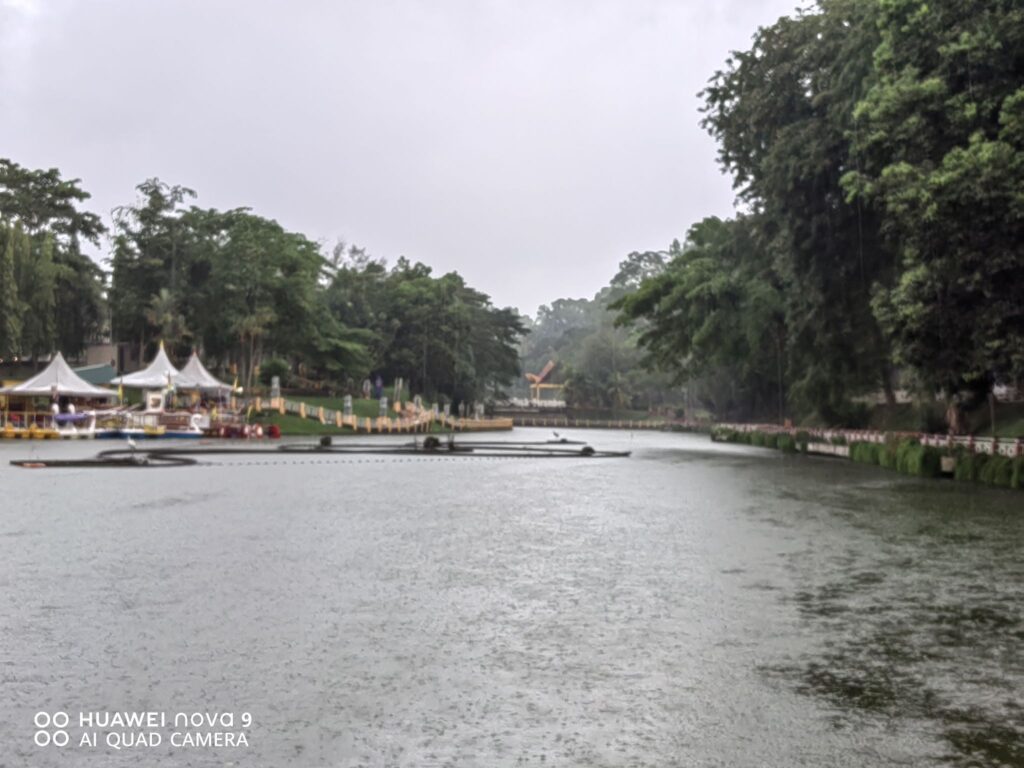 Should you buy the Huawei nova 9?

The Huawei nova 9 was made to compete in a highly competitive category for smartphones as mid range devices aim to offer as much value at as low a price point as possible. In this regard, the nova 9 does bring in an excellent quality 120Hz OLED display, a decent set of rear quad cameras and otherwise decent endurance with 66W fast charging to back it up.

The lack of Google services isn’t as big a limitation this time around with stable workarounds on offer. We weren’t furnished with the price of the nova 9 at the time of writing but if Huawei can offer this workhorse at a competitive price in Malaysia, it may well be one of the better value buys for midrange phones in 2021. 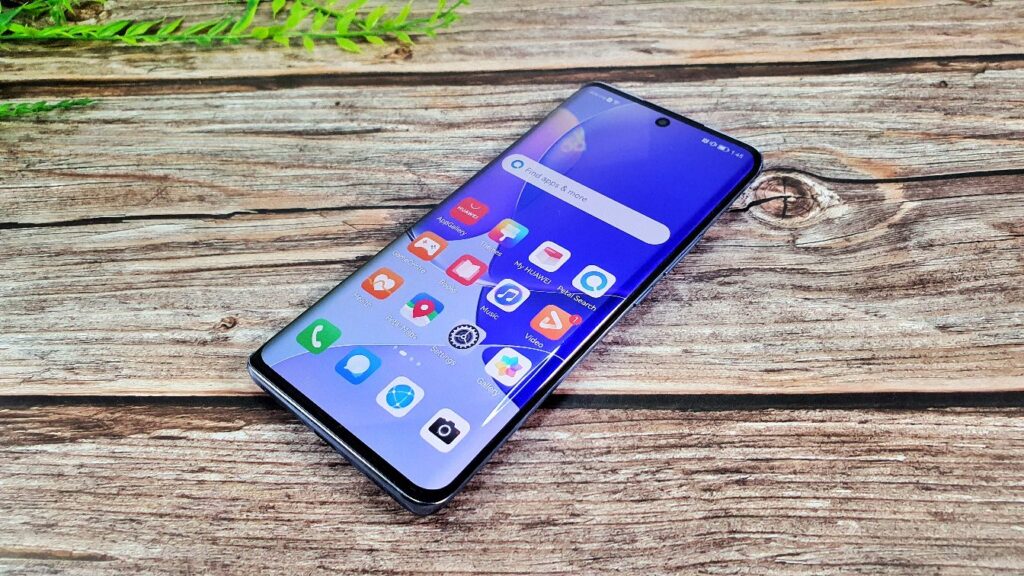 Potential buyers who aren’t as hung up on needing Google apps and are looking for a smartphone with a good display and capable cameras will appreciate what the nova 9 has to offer.

Potential buyers who aren’t as hung up on needing Google apps and are looking for a smartphone with a good display and capable cameras will appreciate what the Huawei nova 9 has to offer.