Once a Playstation-exclusive offering, post-apocalyptic game Days Gone is now coming to PC with a host of feature upgrades along with a launch date.

Sony has revealed in their PlayStation Blog that Days Gone for PC will be this coming 18th May and will be arriving on the Epic game store and Steam. 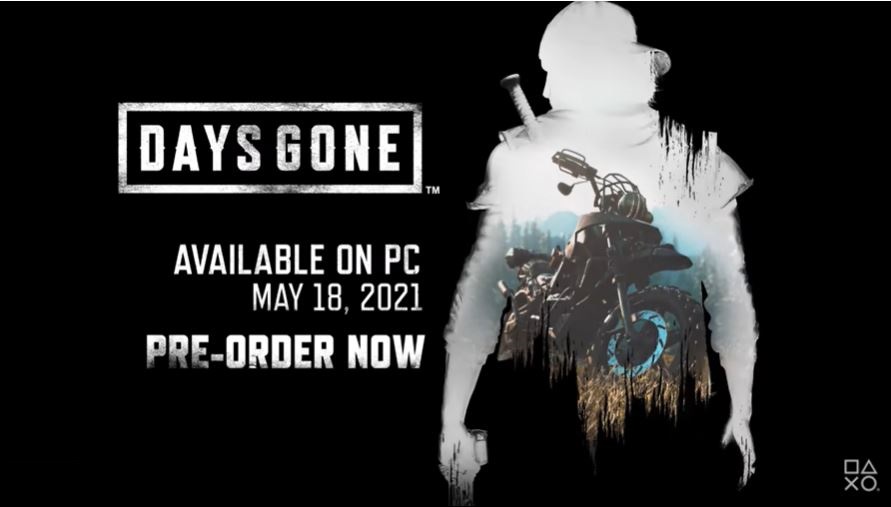 Among the upgrades for the PC port for Days Gone are 21:9 ultra wide monitor support, a super resolution photo mode for in-game photographers, an unlocked frame rate that can see you engaging up to 500 hostiles at a time and a host of graphical upgrades.

The teaser states that Days Gone for PC will have new graphic customisation options for higher levels of detail, foliage draw distances and more. Better yet, you can use both 1st and 3rd party controllers as you see fit and the game includes both mouse and keyboard support.

For the uninitiated, Days Gone is an open-world game set after a mysterious pandemic that – you guessed it – turns a huge chunk of the population into fast zombies.

Unfortunately, they don’t shamble around like clueless sods, these are the 28 Days Later variety of fast, angry zombies that sprint at you in a dead run to feast on your brains. You play as a biker called Deacon St. John with an open world to explore, a variety of small arms and various ways to upgrade your gear including your trusty bike to get around while navigating a storyline campaign.

Ideally, you need to get the following hardware for it to run at its best:

You can check out the gameplay trailer below but in the meantime, it’s available for preorder with a due arrival date of 18th May 2021 at RM209 in the Steam link here and the Epic Game Store for US$21.49 here