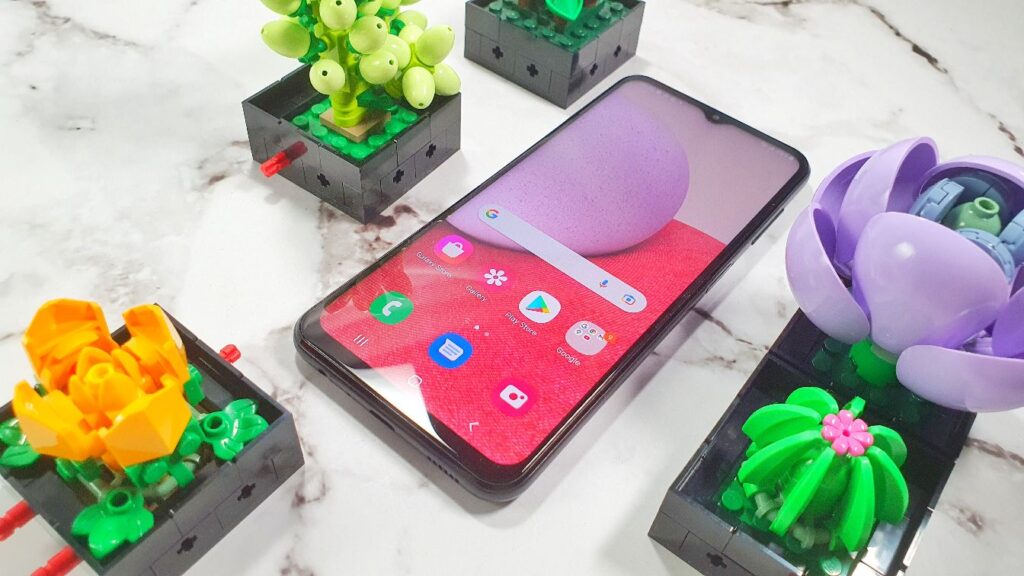 The Samsung Galaxy A13 is their latest addition to their affordable Galaxy A series line that aims to offer as much bang for the buck as possible. It is currently one of the cheapest Galaxy A series phones in Malaysia short of the entry-level Galaxy A03. The question remains though, is it any good? We put their latest big battery budget phone to the test in our Samsung Galaxy A13 review! 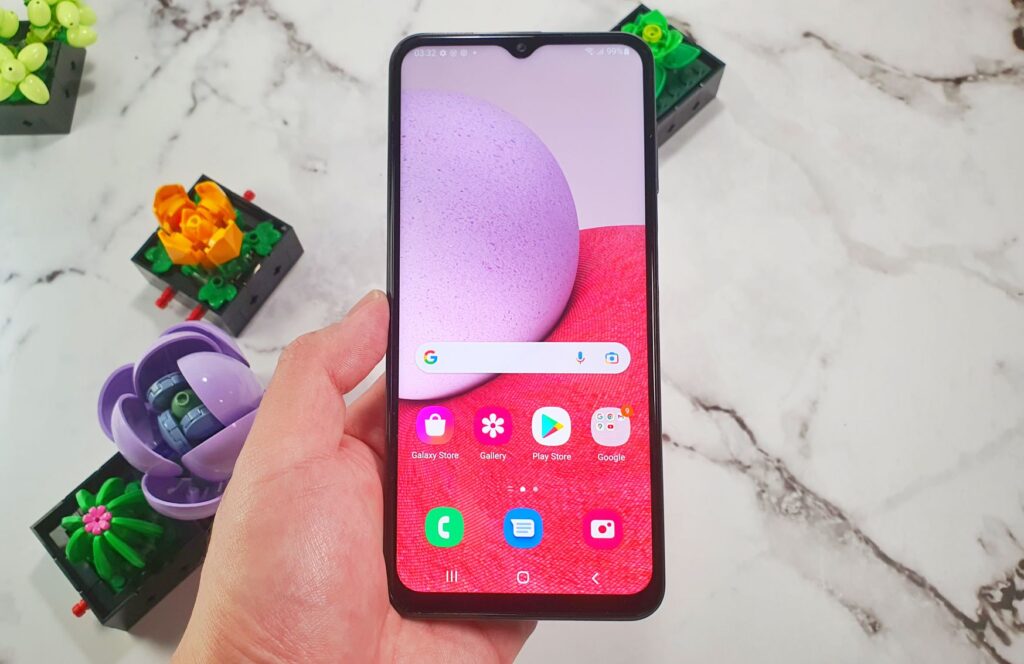 What is the Samsung Galaxy A13?

The Samsung Galaxy A13 is part of their midrange Galaxy A series line-up and is priced below the Samsung Galaxy A23 and the Galaxy A33 5G that we reviewed awhile back with several concessions to cost and oddly, several additions as well that its higher end siblings lack.

In essence, the Galaxy A13 is a smartphone that retains the signature large display and battery capacity of the Galaxy A series but lacks 5G connectivity, uses a more modest processor, ditches the stereo speakers of its higher end siblings but gets a 3.5mm audio jack and expandable storage in the form of a dedicated microSD card slot in return.

In keeping with Samsung’s recent drive towards sustainability, the packaging on the Galaxy A13 is a bit on the austere side and in the box, you get the Galaxy A13 itself, a charging cable in the box and aught else.

Our Samsung Galaxy A13 review sample came in a shiny dark grey dubbed Awesome Black though it can also be acquired in Awesome Blue and Awesome Peach. The plasticky nature of the backplate is apparent at a casual glance and the finish does attract fingerprints but it does feel sturdy when held without any creaking in the chassis.

Placed in the customary upper left of the backplate is a quad camera array which consists of a primary 50MP F/1.8 camera, a 5MP ultra wide angle camera, a 2MP depth sensor and a 2MP macro camera. 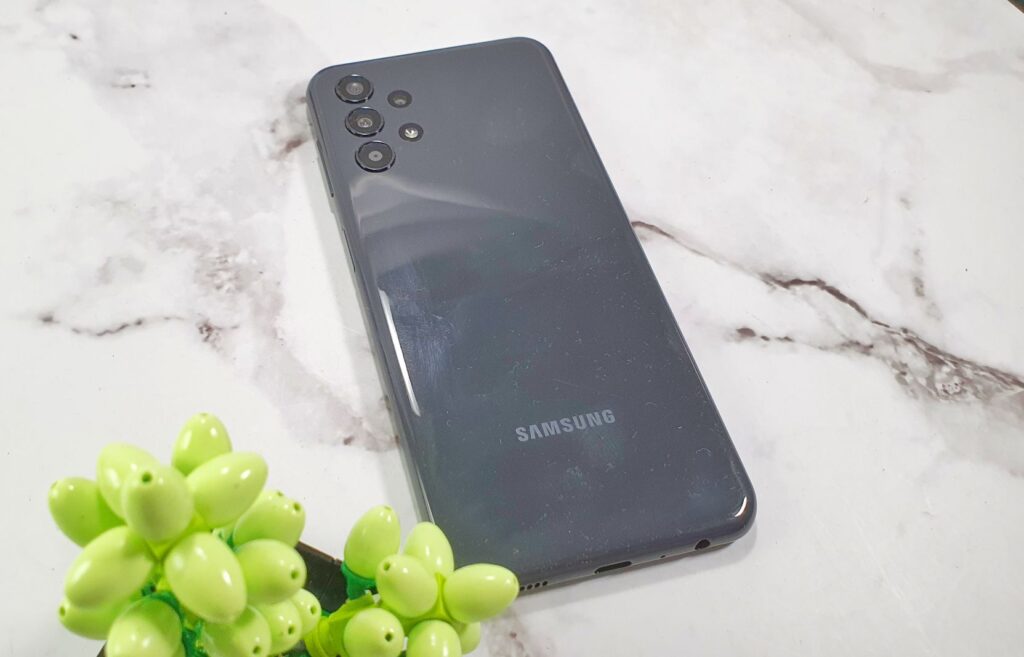 The base of the phone holds a USB-C port with support for 15W fast charging, a grille for the mono speaker as well as a vanishingly rare 3.5mm audio jack for wired headphones. The left side of our Galaxy A13 review sample holds a triple card slot that allows you to simultaneously slot in two nano SIM cards and a microSD card slot that supports up to 1TB cards in size to augment the onboard 128GB of storage. 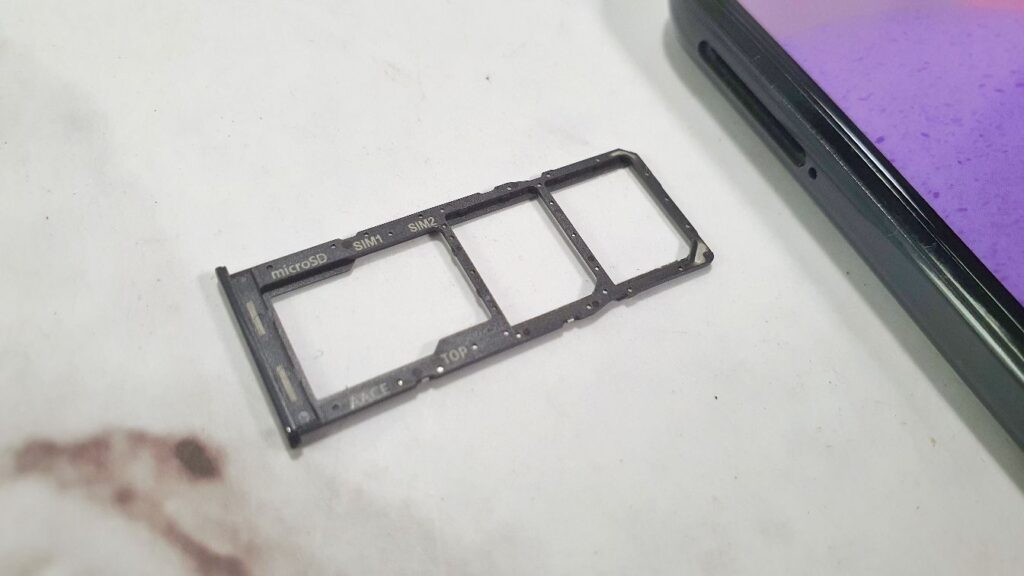 The right side of the Galaxy A13 features a volume rocker and a power button that also doubles as a fingerprint reader while the top of the phone is otherwise bare.

Up front, the Galaxy A13 features a large 6.6-inch Infinity V PLS LCD display with a standard 60Hz refresh rate and a V-shaped cutout up top for a modest 8MP F/2.2 selfie camera and a slight chin on the lower bezel.

Overall build quality is good, especially in comparison to the competition though the lack of a casing and a charger to go with it, items typically bundled on phones in this price range means that those on a budget will have to chunk out additional cash which in turn potentially increases the cost of the phone.

Unfortunately, the biggest quibble here is that the Galaxy A13 lacks the IP68 water resistance of its siblings the Galaxy A33, A53 and A73 so it won’t survive any encounters with water though the same can be said of other phones in this price range.

Our Samsung Galaxy A13 review sample for the Malaysia market has the following specifications.

The Exynos 850 SoC is an entry level octacore processor built on an 8nm process with a 4G LTE modem along with WiFi 5 (802.11ac)  and Bluetooth 5.0 support. The phone features 128GB of expandable storage and has 6GB RAM paired with additional virtual RAM that Samsung refers to as RAM Plus.

In effect, the Samsung Galaxy A13 has a set of hardware that borders on the entry to midrange category for smartphones which fits its price range nicely. What makes the Galaxy A13 stand out here is that it has the latest Android 12 installed with the latest One UI 4.1 user interface whereas many competing phones often lag behind and use Android 11.

When subjected to synthetic benchmarks, our Galaxy A13 review sample yielded the following results.

The phone was able to run the majority of benchmarks save for the most demanding one, 3DMark’s Wild Life Extreme Unlimited. On paper, these benchmarks are relatively modest and pale in comparison to the higher end and also pricier Galaxy A23 and Galaxy A33 though synthetic benchmarks on paper aren’t a one for one reflection of real world performance.

Under practical field conditions, our Samsung Galaxy A13 review sample was able to tackle Call of Duty Mobile and Clash Royale on low settings and Genshin Impact ran albeit with a longer extra loading time while web browsing, texts and the like were a relatively smooth affair.

One thing to note here is that the phone is limited to 4G LTE though seeing the local pace of 5G deployment, it’s a pragmatic, practical choice. On the bright side, the provision of the 3.5mm audio jack and dedicated microSD card means that the Galaxy A13 offers quite a bit of utility for those holding onto traditional wired headphones and microSD cards.

The provided TFT LCD display has a capped refresh rate of 60Hz and isn’t as sophisticated as its pricier siblings but is decent for what you pay for with a large size, good colour rendition and great brightness indoors. The sharper FHD+ resolution is better than many competitors that typically use lower resolution 720p displays though it’s a bit on the dim side for outdoors use which requires you to crank up the brightness to maximum.

On the audio front, the single mono speaker at the base of the phone is on par with competing phones in its price range with sufficient volume for casual Netflix and speaker calls in a quiet environment without distortion even when cranked to maximum volume.

Where the Galaxy A13 really shines though is its insane endurance and a single charge can easily last almost two days with average use. To get the most out of the 15W fast charging, you’ll need a compatible charger though you can get the UGreen 65W or 100W GaN chargers that are compatible and will work in a pinch.

The Samsung Galaxy A13 has a fairly conventional quad camera rear setup built around a primary 50MP camera with PDAF. This is backed up by a 2MP depth sensor, a dedicated 2MP macro camera as well as a 5MP ultra wide angle camera. 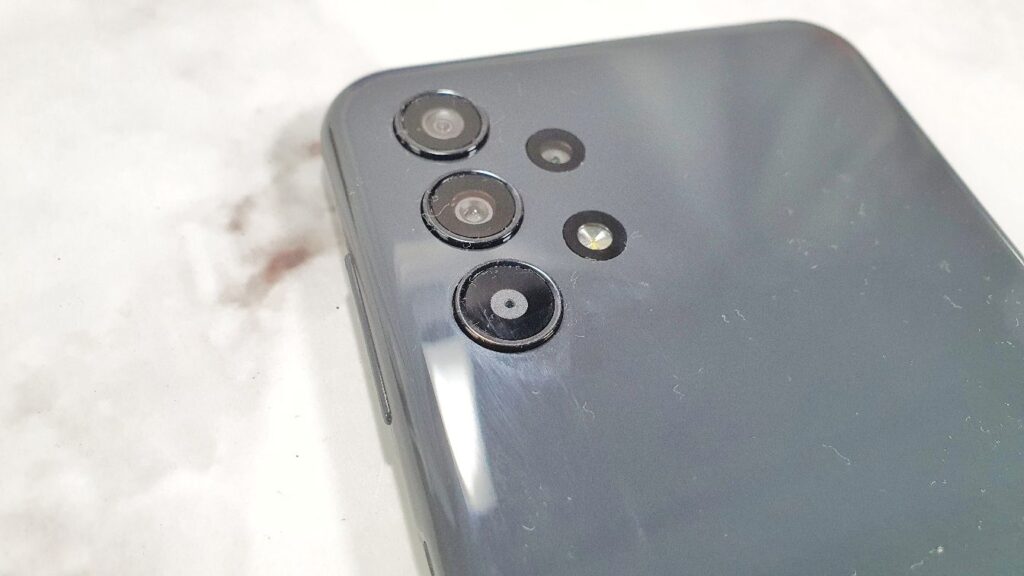 Unfortunately seeing its price range, it lacks OIS but it’s an extremely unlikely feature at this price range. Up front, you get an 8MP selfie camera. Both the front and rear are also capable of taking up to 1080p@30fps footage.

Most of the grunt work is done by the rear 50MP camera with the camera interface offering 2x digital zoom and a 10x digital zoom by cropping the feed from the main camera while defaulting to the ultra wide camera at 0.5x zoom and to the dedicated 2MP macro camera in macro mode. 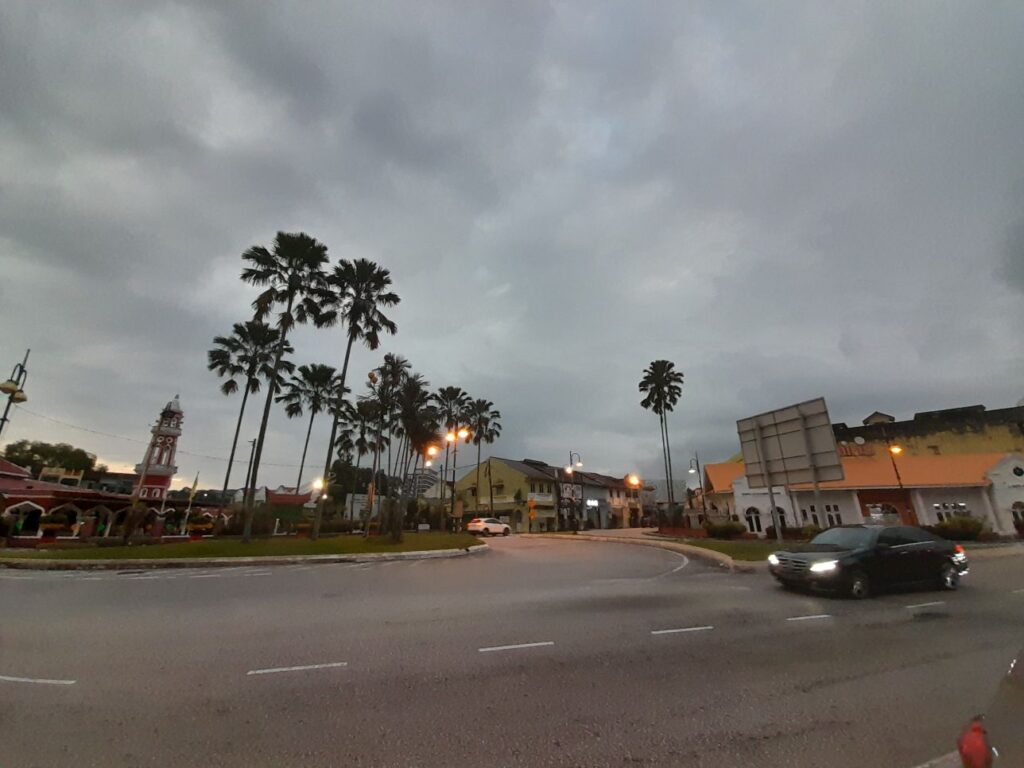 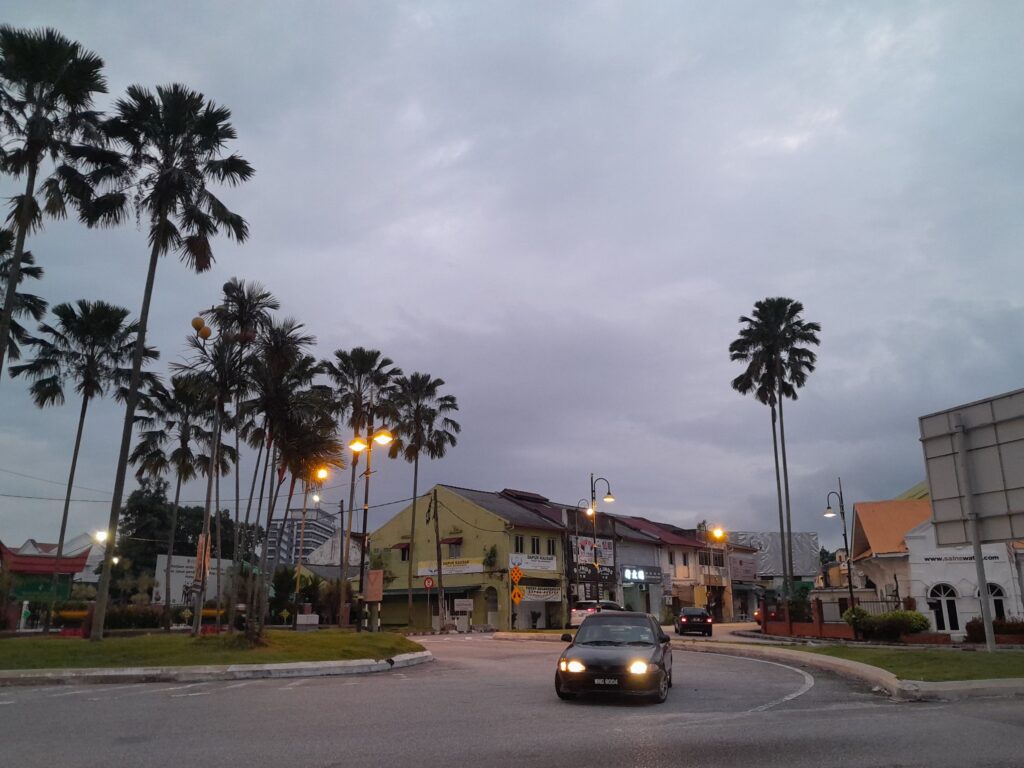 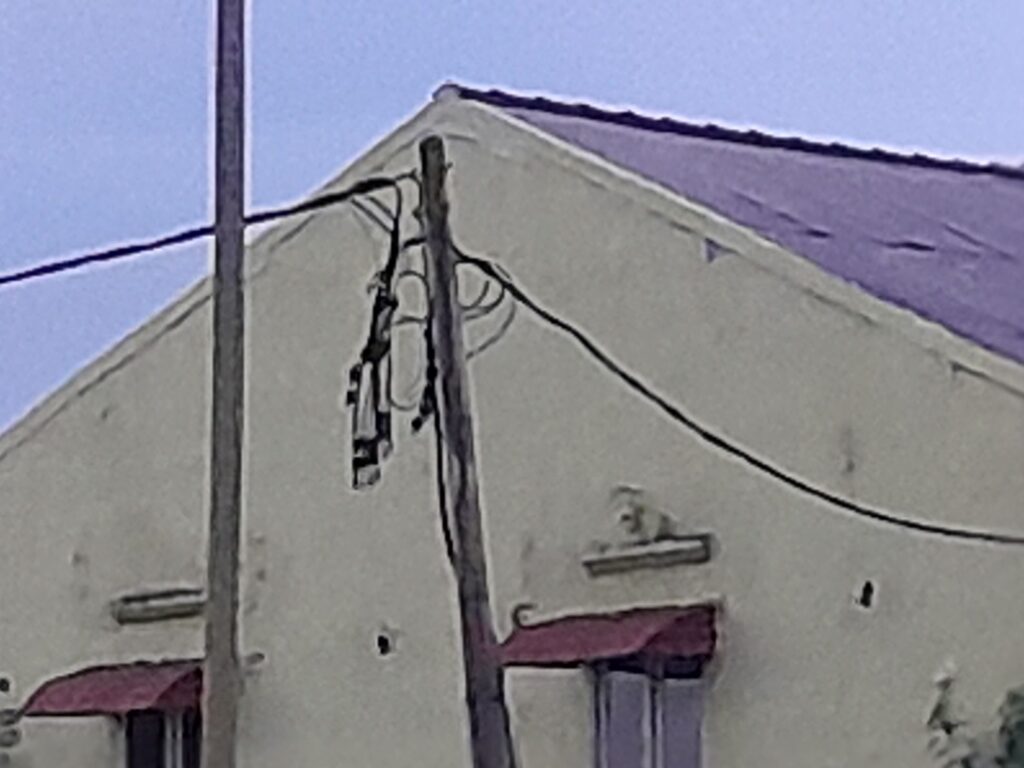 Results are generally good in daylight at up to 2x digital zoom for the main rear 50MP camera though the lack of OIS means that you’ll need a steady hand for best results. The ultra wide and macro cameras offer generally fair if unremarkable outcomes.

Low light shots across the primary and ultra wide cameras in general look soft and colours tend to look a bit desaturated unless there’s decent lighting. 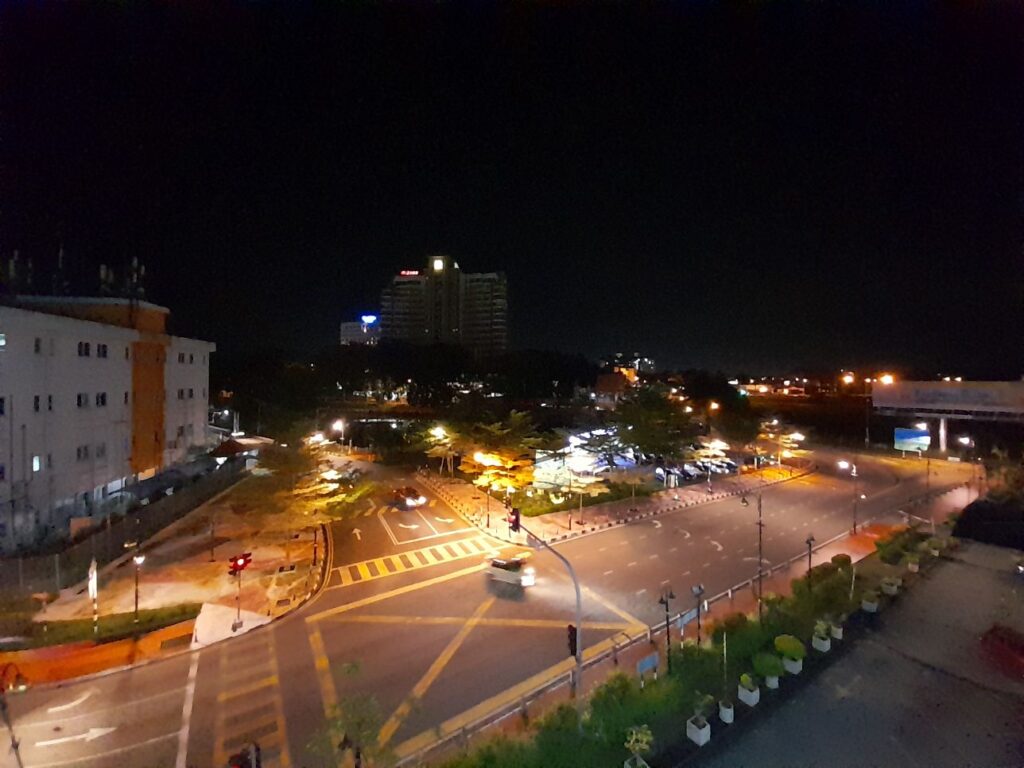 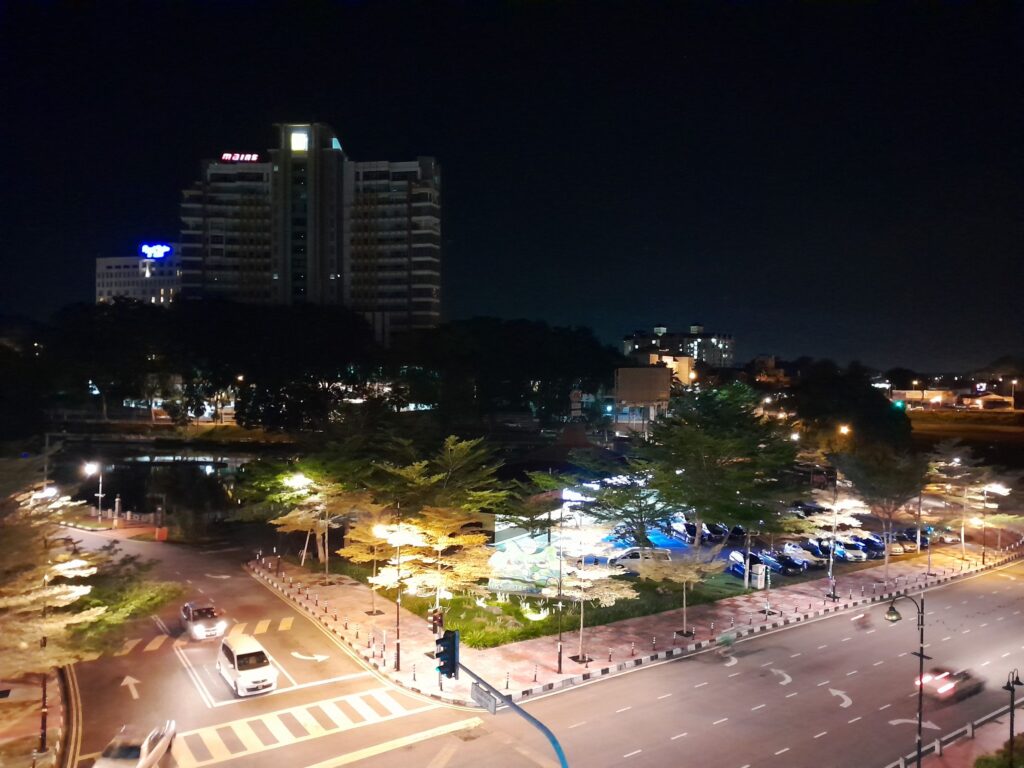 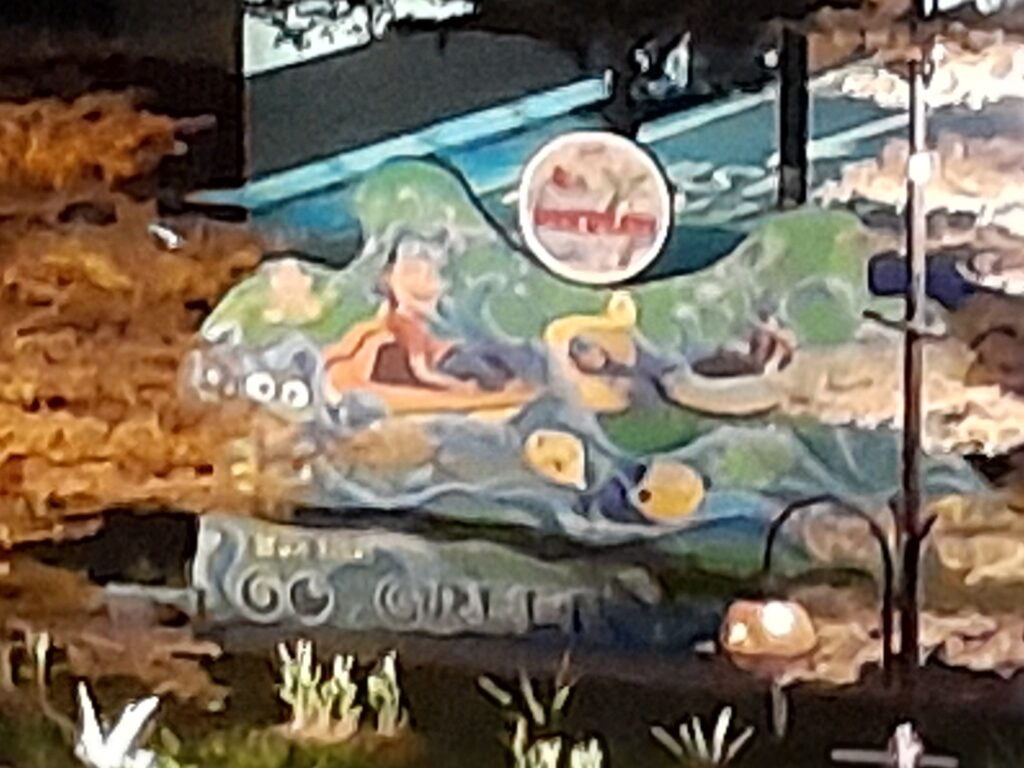 Selfies are good and videos are best captured in brightly lit conditions, offering sufficient quality for the odd social media post or two. Realistically speaking, you won’t be filming a NatGeo epic with this but it’ll get the job done for the odd family shot, TikTok or food close-up.

Should you buy the Samsung Galaxy A13?

The Samsung Galaxy A13 adds a surprising amount of features and value for what you pay for that edge out the competition in its price range. You get a large FHD+ display, expandable storage, the latest Android 12 running under the hood, a 3.5mm audio jack and excellent battery life for RM799. If you’re on a tight budget and need a reliable Samsung-issued budget phone, you can’t go wrong with this.

If you’re on a much more modest budget, the Galaxy A03 is worth a look which offers less RAM, a  lower resolution display, less storage and a smaller camera for RM549. 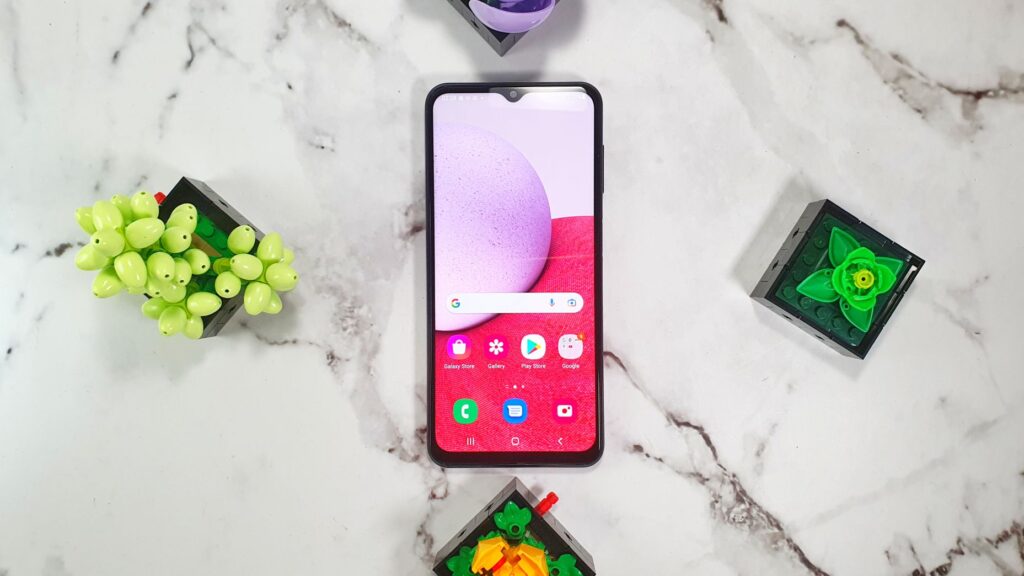 The Samsung Galaxy A13 is a budget phone that has a large LCD display paired with excellent battery life. Add in a 3.5mm audio jack as well as expandable storage which its larger siblings lack and it makes a compelling proposition for those seeking a budget Samsung workhorse phone.

Has a microSD card

Maxes out at 4G LTE connectivity