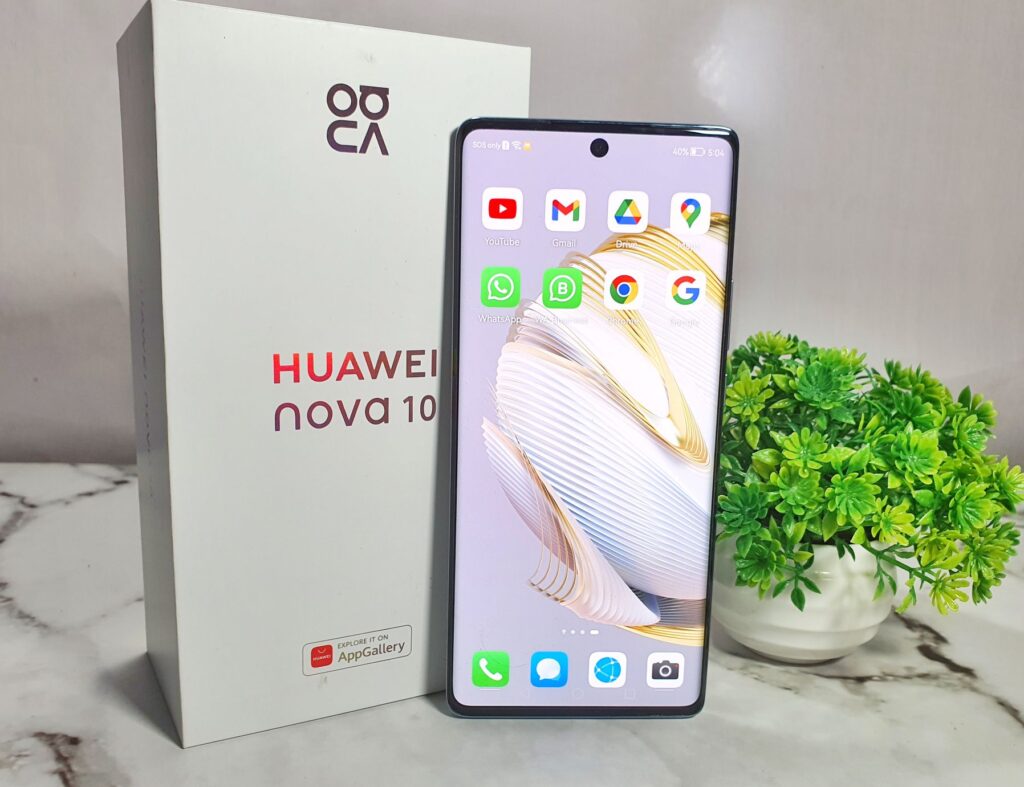 The more affordable sibling of the upper midrange nova 10 Pro, the midrange nova 10 is the quintessential nova design that culls some of the more premium hardware from the flagship P-series phones at a lower price point but is it worth the money? Our Huawei nova 10 review puts their midranger to the test! 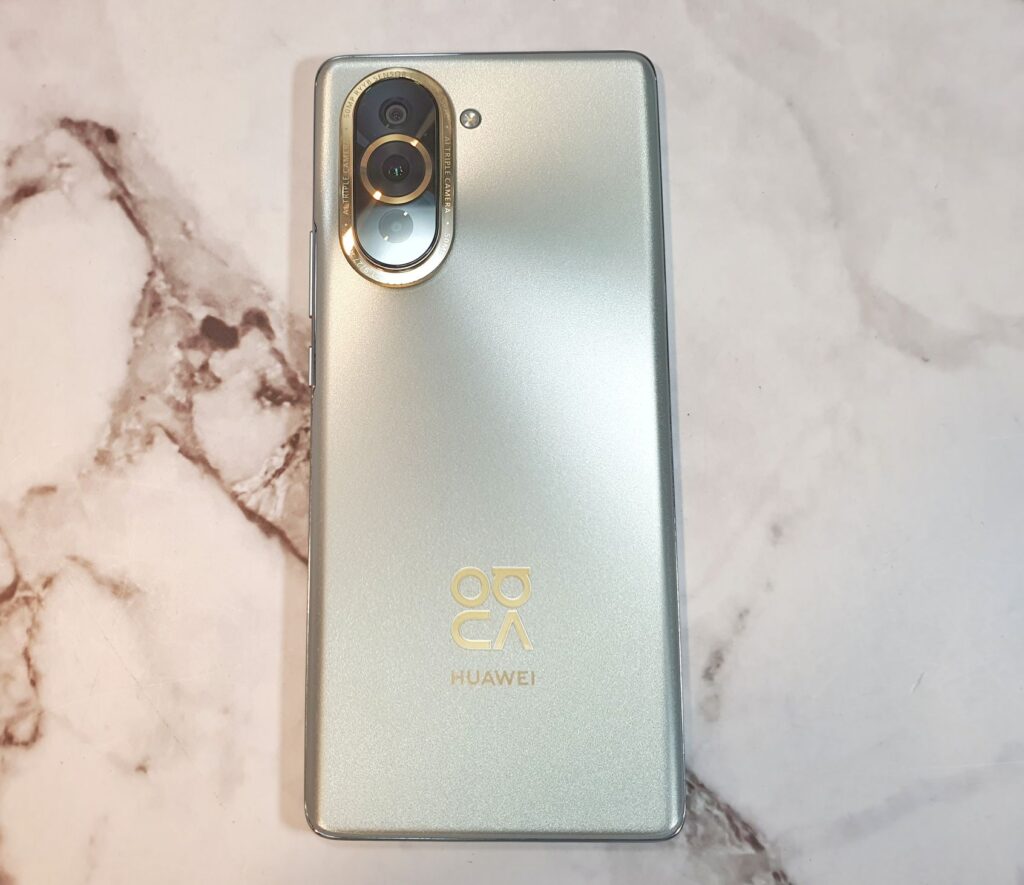 Intended as the successor to last year’s nova 9 and as a more affordable alternative to Huawei’s more premium P-series phones, the more affordable Huawei nova 10 has an almost similar set of hardware to the pricier nova 10 Pro save for the use of a slightly smaller 120Hz OLED display, a smaller battery and a less sophisticated 60MP selfie camera versus the nova 10 Pro’s dual front selfie cameras. These minor quirks aside, our nova 10 review sample does offer a pleasantly premium design at first blush.

The chassis of the nova 10 is almost entirely made of polycarbonate done up in a semi matte shade of silver that repels fingerprints nicely while adding a posher feel to it though holding the phone up for closer inspection does reveal its plasticky nature. Finish aside, the design is pleasantly slim at 6.9mm while weighing in at 168g on account of its relatively large 4,000mAh battery.

On its rear backplate, the nova 10 adopts the usual design cues for phones in 2022 with a camera array housing perched in the corner and a clean, minimalist design across the rear save for a Huawei nova logo emblazoned on the bottom quadrant. 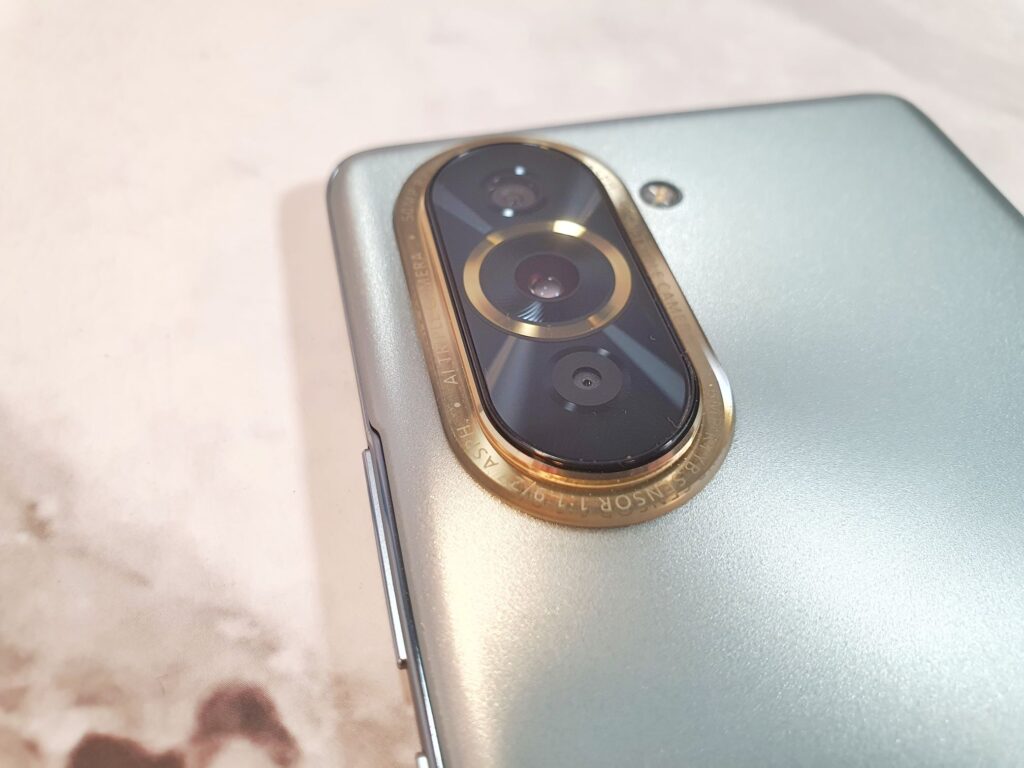 The new camera housing, dubbed a Star Orbit ring design features a flashy looking bronzed metallic ring that also noticeably juts out from the rest of the phone and makes it wobble a bit if placed screen side up but this is fortunately addressed when you slap on the provided casing.

The left and top sides are unremarkable with the base featuring a USB-C port for charging, a grille for one of a matching set of stereo speakers and a nano SIM card slot. The right of the phone features a power button and volume rocker. 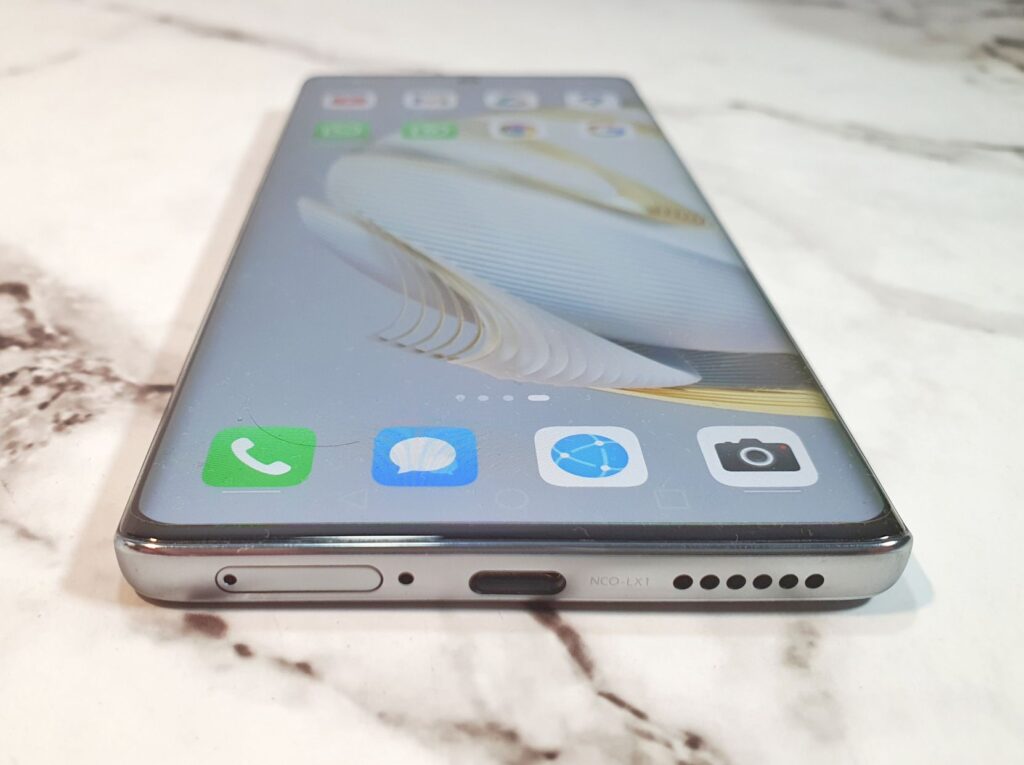 Up front, the Huawei nova 10 features a surprisingly premium 6.67-inch OLED display which has a 120Hz refresh rate and support for HDR10 content. The top features a punchhole for the 60MP selfie camera along with a tiny grille for an earpiece and a speaker that forms a stereo setup in tandem with the other speaker in the base of the phone. The bottom quadrant also features an in-display fingerprint reader.

Belying its polycarbonate construction, our Huawei nova 10 review sample is fairly well appointed with sturdy build quality all around and a rather premium display that would not look out of place on a more expensive flagship grade phone. 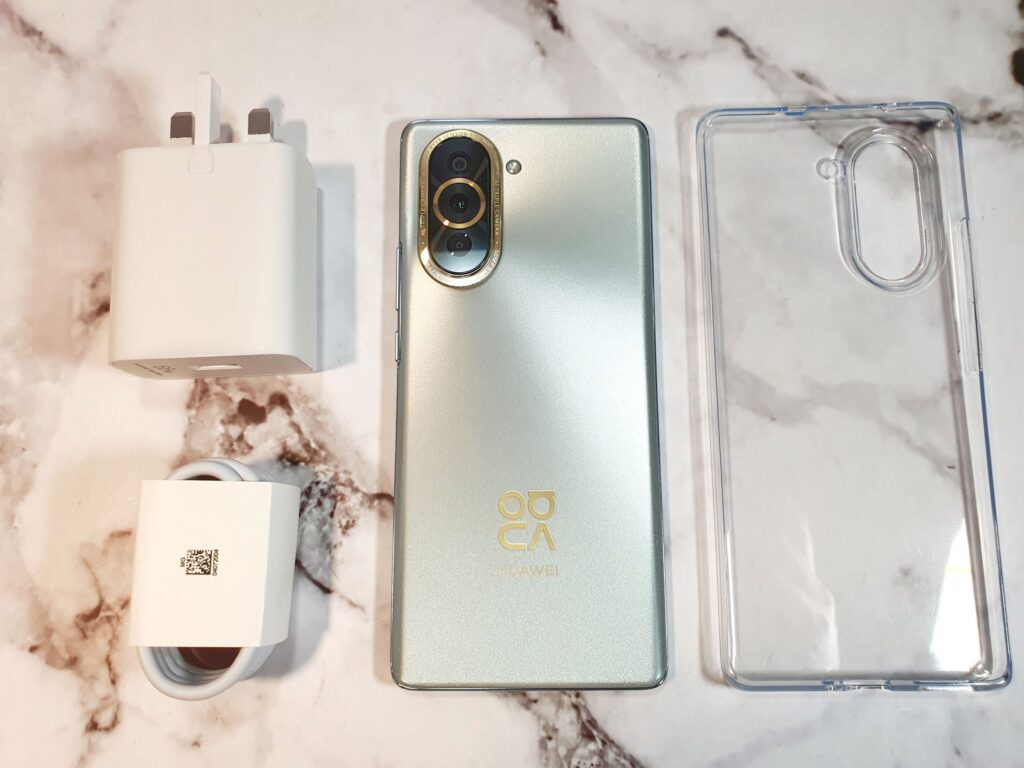 Where the nova 10 adds additional value is that it throws in a fast 66W charger with its associated cable, a pre-applied screen protector and a soft TPU casing with the phone for free for units sold in Malaysia which substantially adds to its value.

In terms of hardware, the Huawei nova 10 has a Qualcomm Snapdragon 778G octacore processor with a 4G modem and, for Malaysia, 8GB RAM and 256GB of non-expandable storage. 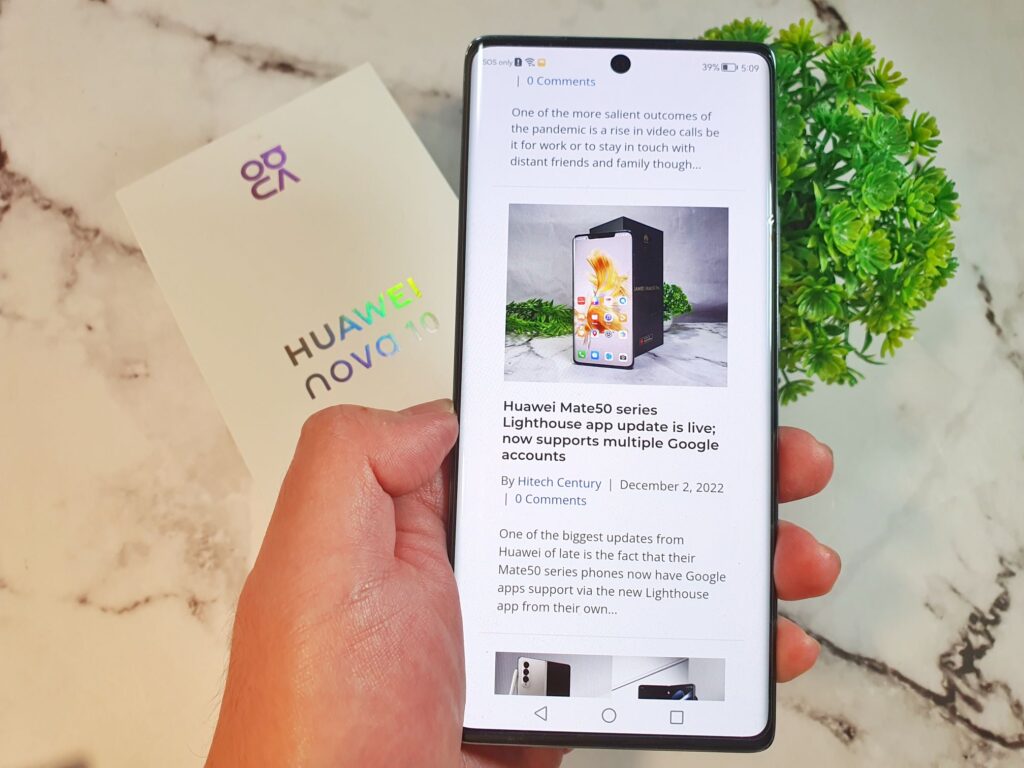 Huawei nova 10 review – The phone supports the Lighthouse app which in turn enables support for Google apps like YouTube, Gmail, Chrome and more.

The Snapdragon 778G is an octacore processor built on a 6nm process paired with an Adreno 642L GPU that saw its debut in 2021 which is primarily intended for midrange phones. On paper, our Huawei nova 10 review unit has the following hardware:

Under the hood, our Huawei nova 10 review sample runs EMUI 12.0.1 with apps sourced via the AppGallery which is fairly indicative of other midrange Huawei phones of recent vintage but where it differs is that it features support for the Lighthouse app that enables access to Google apps. To be clear, it doesn’t grant access to the Google Play store but it does let you run Google’s suite of applications that include Google Drive, Google Docs, Google Translate and, most importantly, Google Maps to get about, the ubiquitous YouTube and the Chrome browser.

The 120Hz OLED display is of note with crisp details, pin-sharp text and vibrant colour rendition that would typically be seen only on a flagship grade phone.

On the audio side, the provided stereo speakers are serviceable if somewhat unbalanced with the speaker at the base kicking out more volume than the top one with both delivering sufficiently loud audio though detail and bass were middling at best. It’s good enough to watch a movie on the go but you’ll likely need earphones like the Huawei FreeBuds Pro 2 if you want more detail to listen in through a lecture or an orchestral recital. 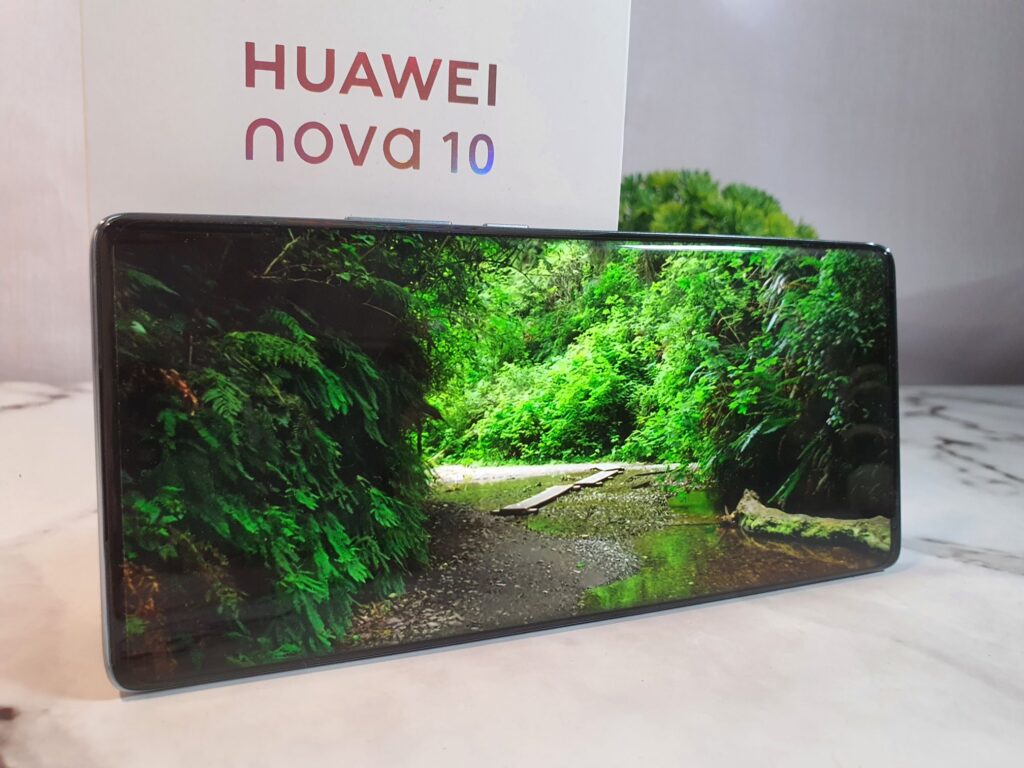 The lack of 5G is mildly irksome but it’s not a major deal breaker seeing the state of 5G connectivity in Malaysia both now and for the foreseeable future while the provided hardware offers a performance envelope that’s more than sufficient for day to day use.

When subjected to benchmarks, our Huawei nova 10 review sample scored the following though not all benchmarks were able to run with the PCMark Battery Life constantly crashing. As an alternative, we looped a 1080p video on the screen until the battery ran down and it lasted a fair 9 hours and 45 minutes.

In practical field tests, the 4,000mAh battery is sufficiently large enough to comfortably run for a full day of use with about 15% left after the end of the day after liberal usage of web browsing, WiFi, Data, emails and the camera. Fortunately, charging it on the provided 66W SuperCharge charger was a swift affair and charging it from dead zero needs about 45 minutes or so.

Performance is respectably fast and snappy even with EMUI’s inability to assign storage as  virtual RAM and the phone was able to run through a dozen open tabs on Chrome, tackle Call of Duty Mobile and PUBG as well as handle the usual social media like Facebook and TikTok without issue. 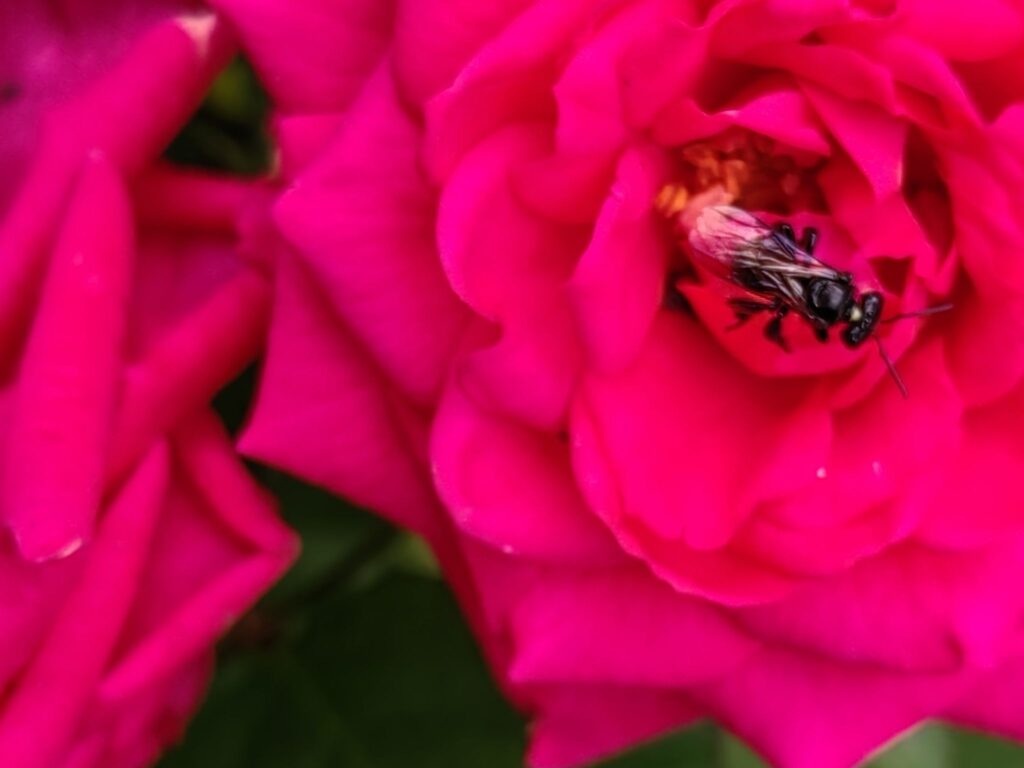 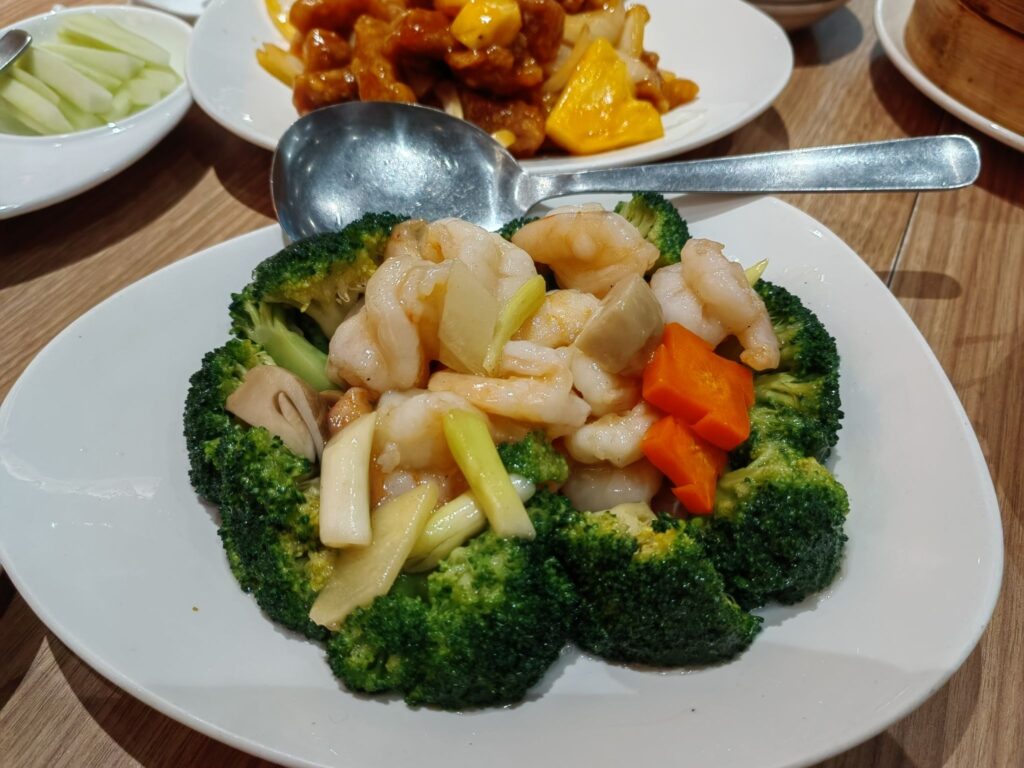 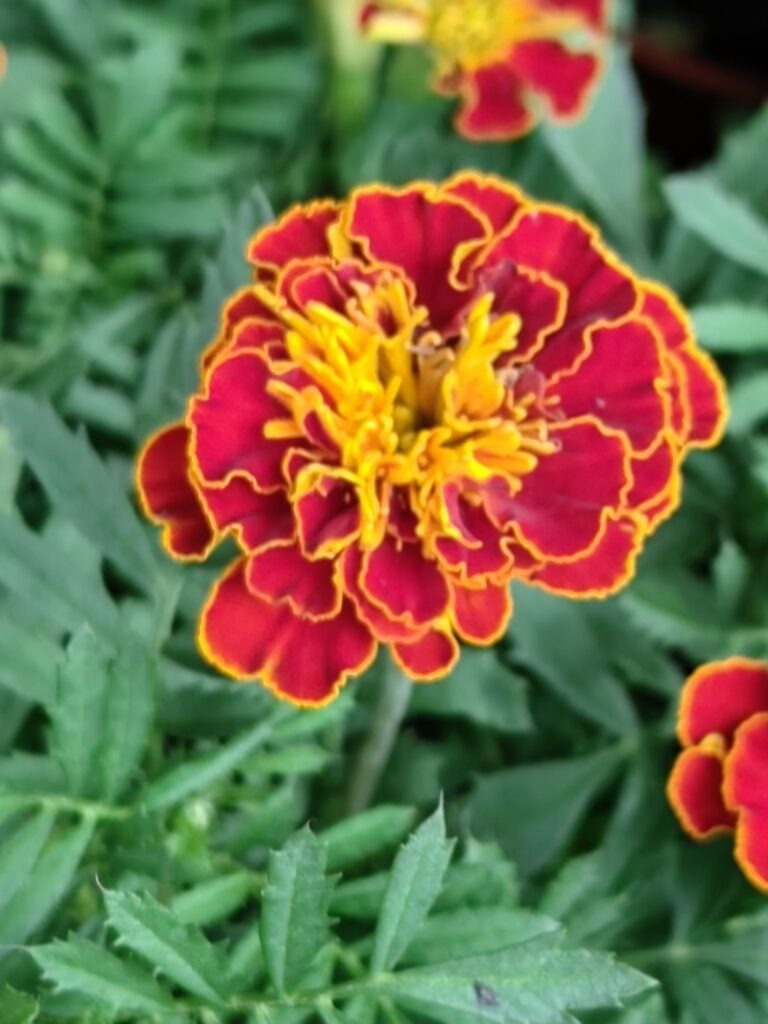 The front camera consists of a large 60MP F/2.4 selfie camera capable of capturing surprisingly large 15MP stills and up to 4K@30fps video. 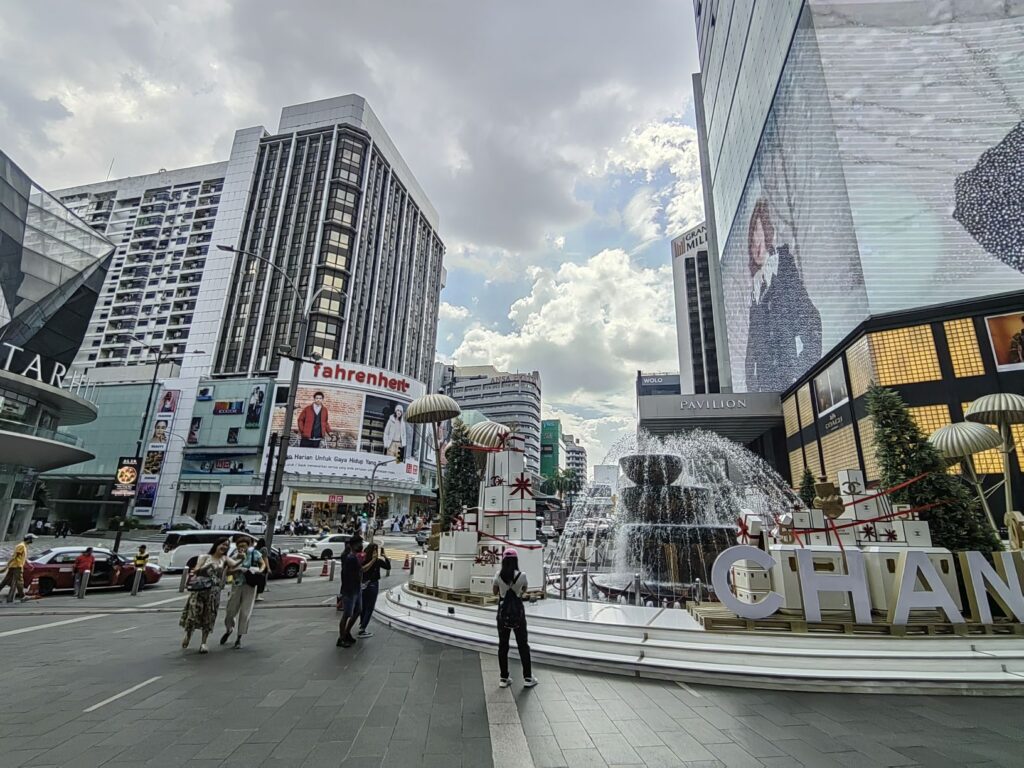 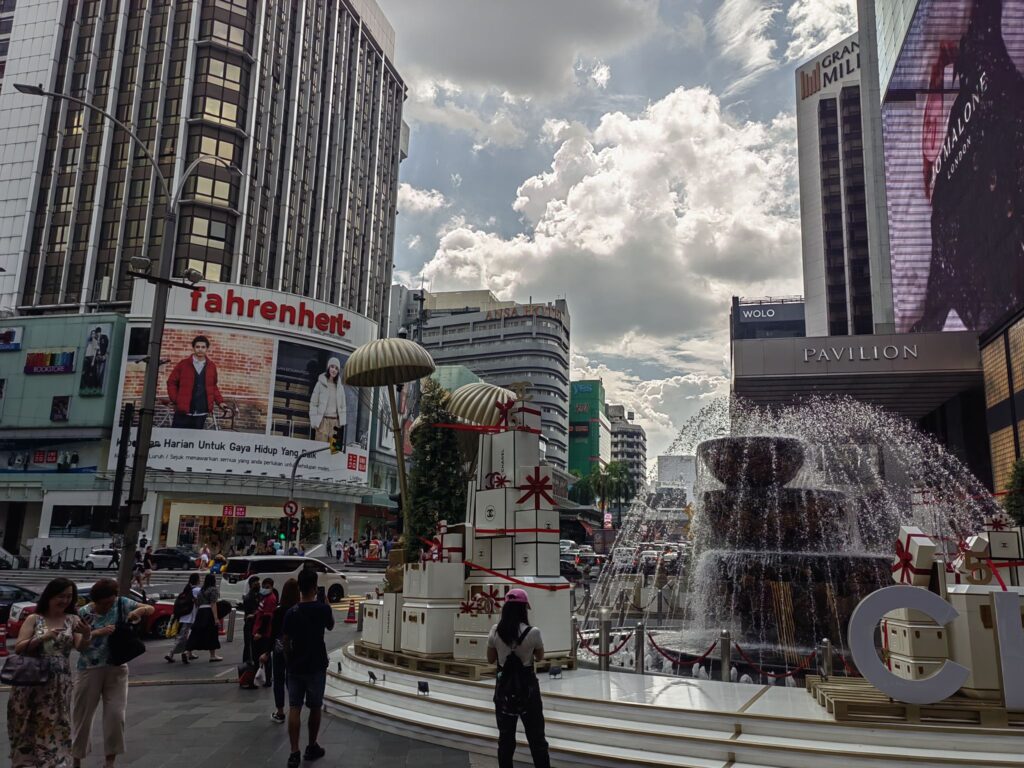 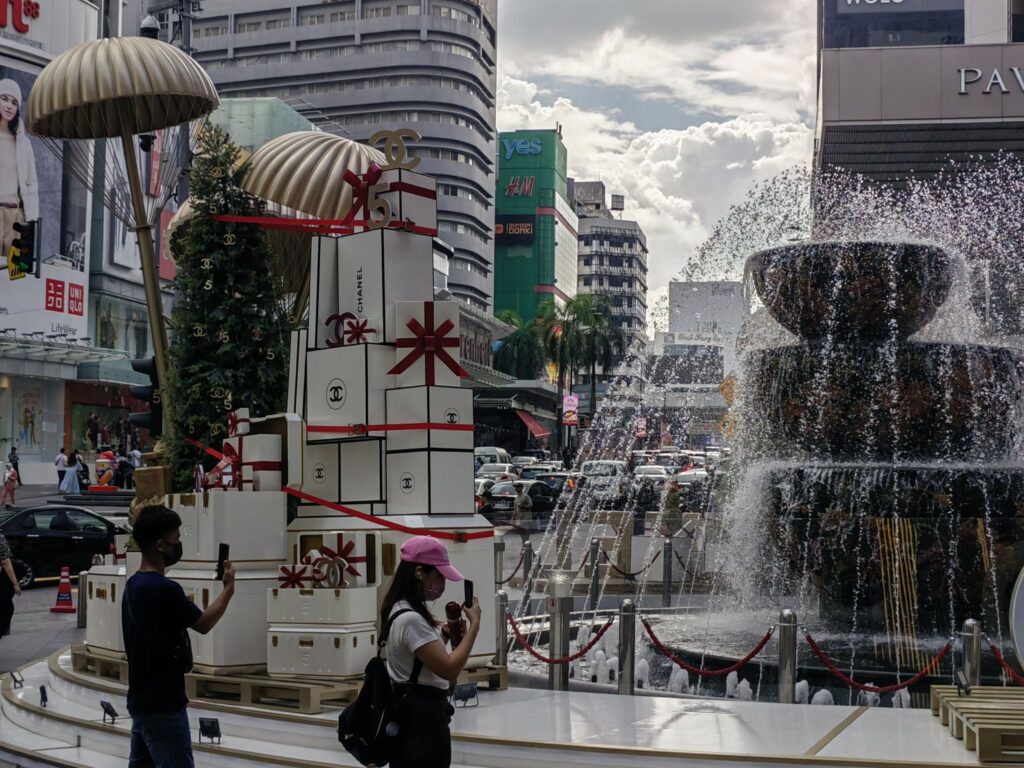 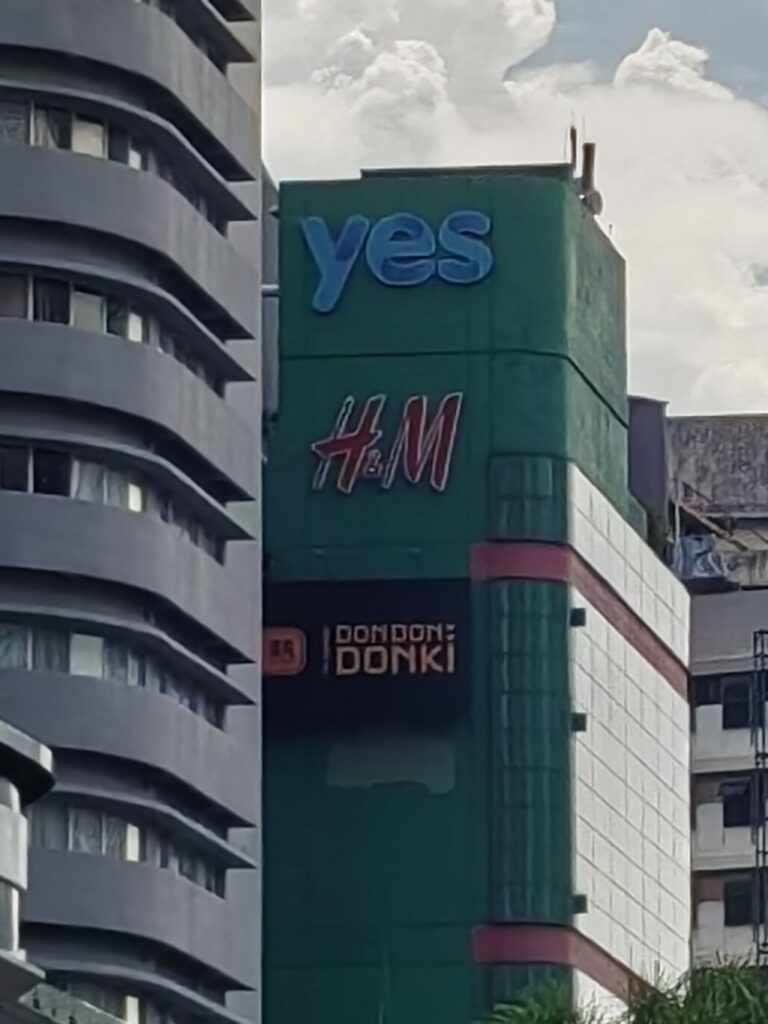 Huawei nova 10 review – At 10x digital zoom in broad daylight, you’re able to see the logos on the Lot 10 mall in the distance about half a klick out

In keeping with many other phones of recent vintage, the Huawei nova 10 also heavily leverages AI when it comes to recognising what subjects you’re shooting at on both the front and rear cameras be it food, a cat or scenery – and then tweaking settings to ensure optimum results.

In daylight conditions, the rear camera array is capable of surprisingly good shots on account of the AI and the power of computational photography with pleasingly good stills that have excellent dynamic range, colour rendition and detail from 0.5x all the way to 2x digital zoom by cropping the feed from the large sensor. 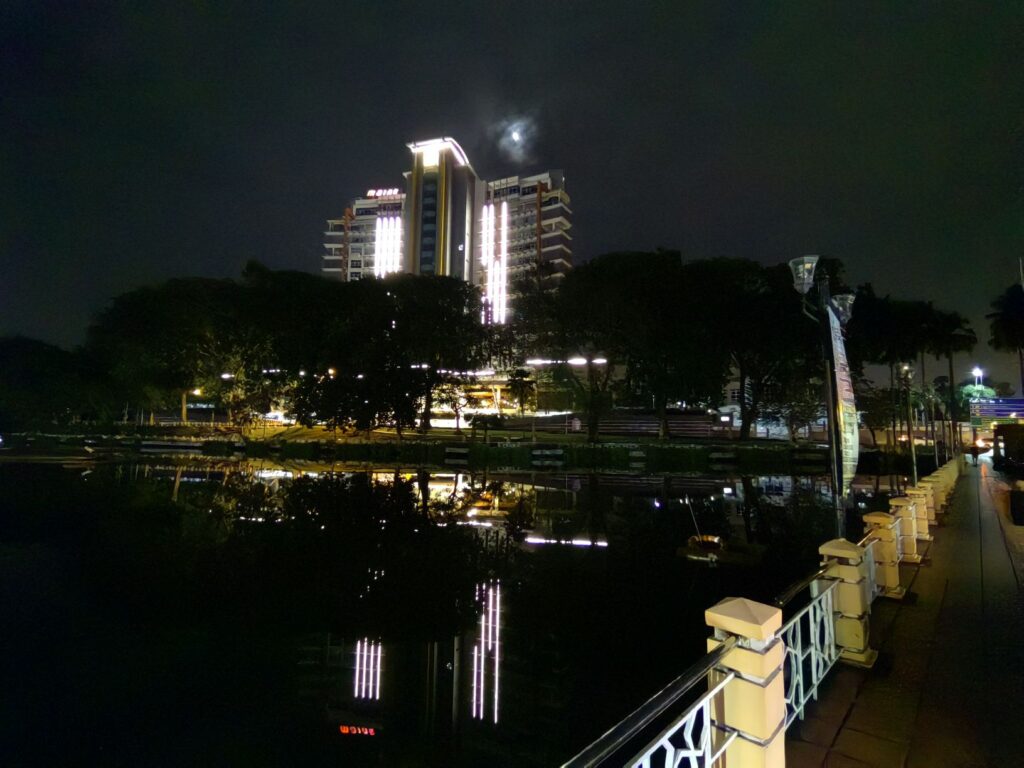 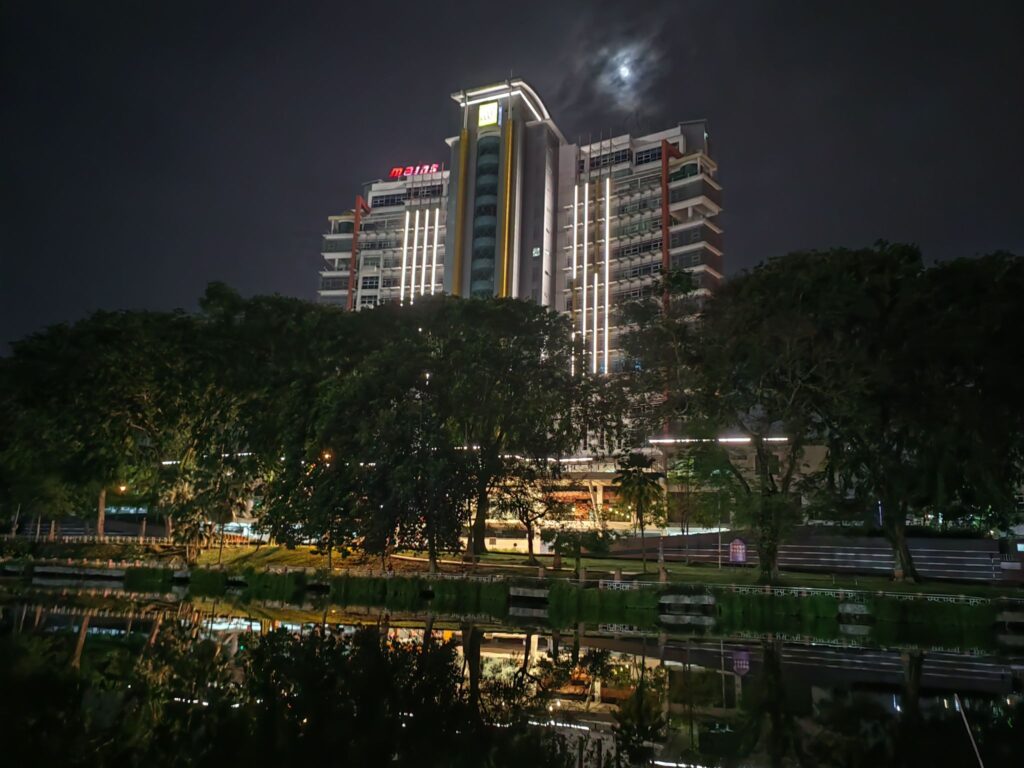 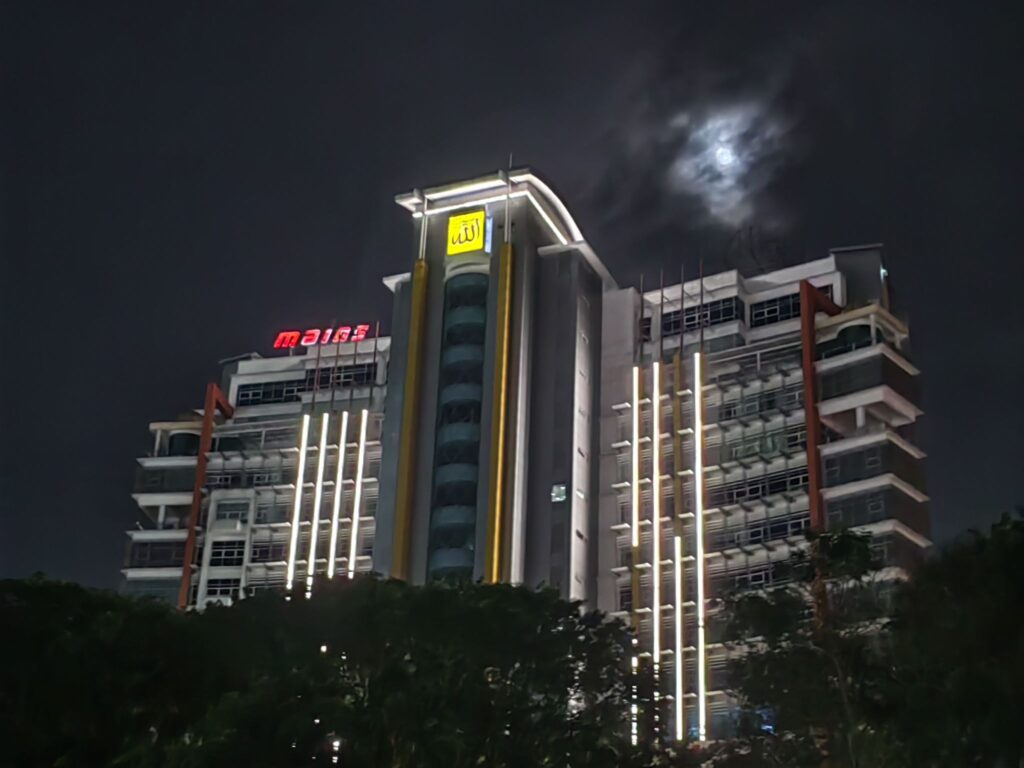 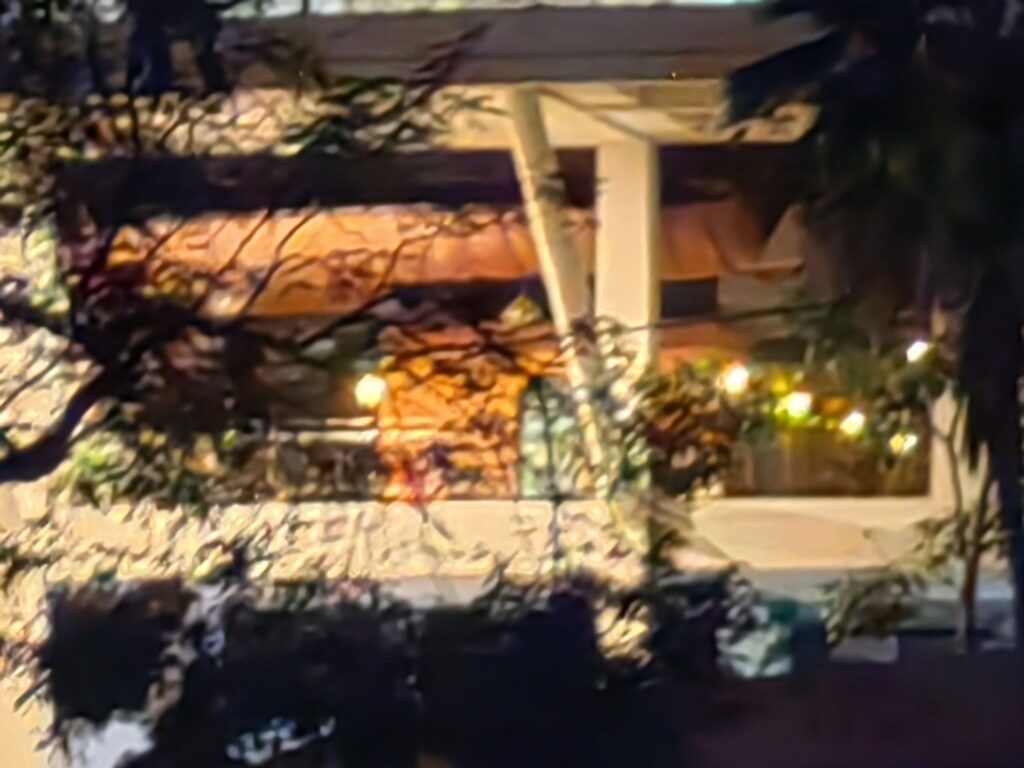 While the camera is capable of 10x digital zoom with fair results, shots tend to be somewhat soft at this range. Another minor quirk is that the ultrawide angle camera has an occasional tendency to overexpose shots, resulting in an inconsistent colour palette compared to shots taken with the 50MP main camera.

The rear camera also features a Night Mode that exposes a shot a bit longer and yields slightly better detail and salvages shadows but tends to occasionally oversharpen parts of the shot though it’s a good feature to have. 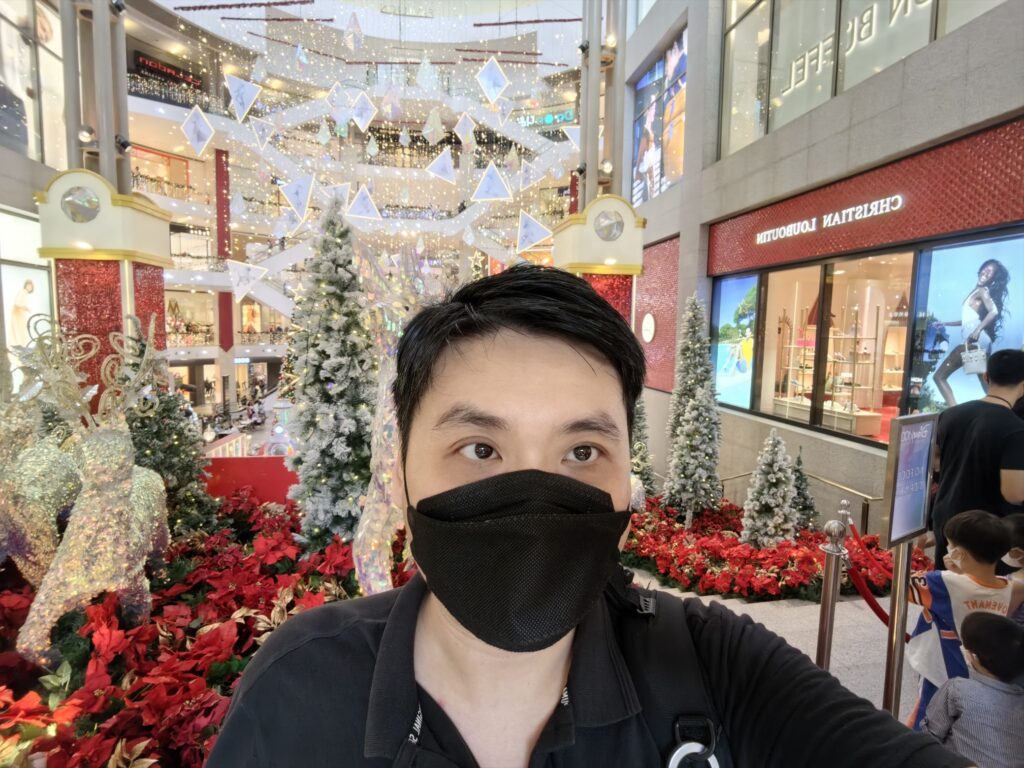 The front 60MP selfie camera allows for wide angle shots at 0.5x zoom all the way to 1x zoom and does a great job in daylight conditions on account of the huge 60MP sensor and AI though shots in low light tend to be a bit on the soft side.

Even with the lack of hardware OIS, the onboard EIS and AI on the front and rear cameras do a good job for ensuring steady, judder free videos at 4K@30fps. While they’re not ideal for slapping onto NatGeo, they’re sufficient for social media and TikTok.

Should you buy the Huawei nova 10?

On its own merits, the Huawei nova 10 is a solid midrange phone with a lush 120Hz OLED display and a decent set of front and rear cameras shoehorned into an extremely slim chassis. The recently added ability to support Google apps via the new Lighthouse app for units in Malaysia along with its free bundled charger and case makes it a compelling choice for those seeking a bargain.

For those looking for a superior selfie camera, the higher end nova 10 Pro with its autofocus and secondary selfie camera array makes for a better choice. 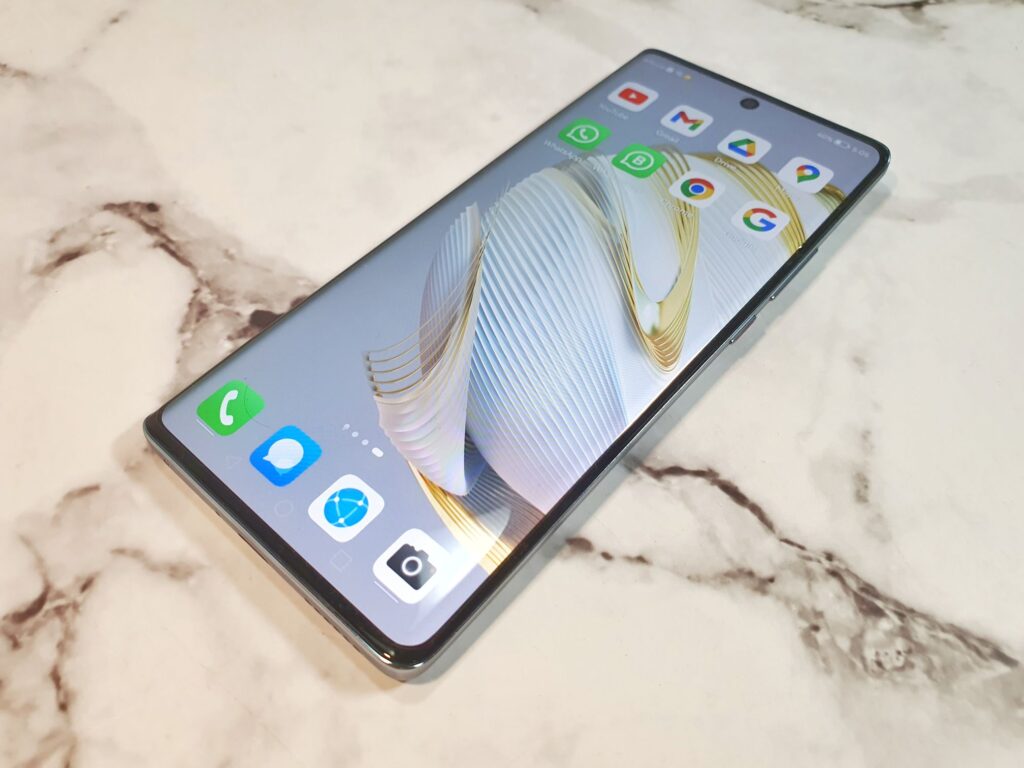 The Huawei nova 10 makes for a surprisingly premium phone for what you pay for as you get a lush 120Hz OLED display, solid performance and a decent set of front and rear cameras. Add in Google app support via the Lighthouse app and you get a sound choice worthy of consideration for what it has to offer.

Has Lighthouse support for Google apps

Comes with fast charger and case

No water or dust resistance