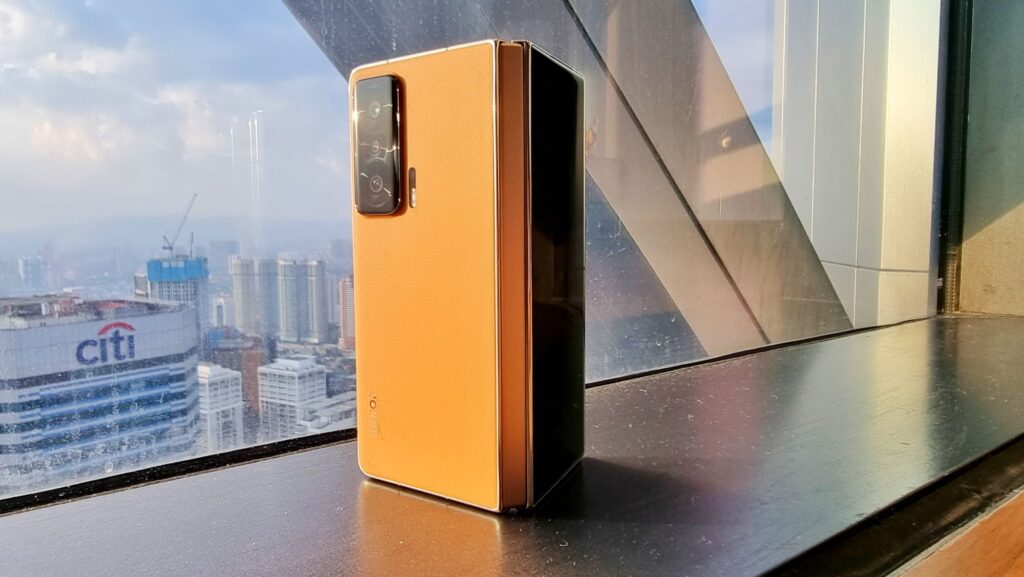 Foldable displays are now the feature du jour for smartphones and Honor has thrown their hat into the ring with their take on what a foldable flagship ought to be with their Honor Magic V that debuted in China several weeks ago.

A source managed to acquire a working sample of the Honor Magic V for me to get a first up close look at the design though it did not come with its packaging or its associated accessories. For the extent of this feature, I’ll only comment on the design, features and overall handling. Here’s our Honor Magic V first look where we give it as quick hands on and see what the fuss is all about. 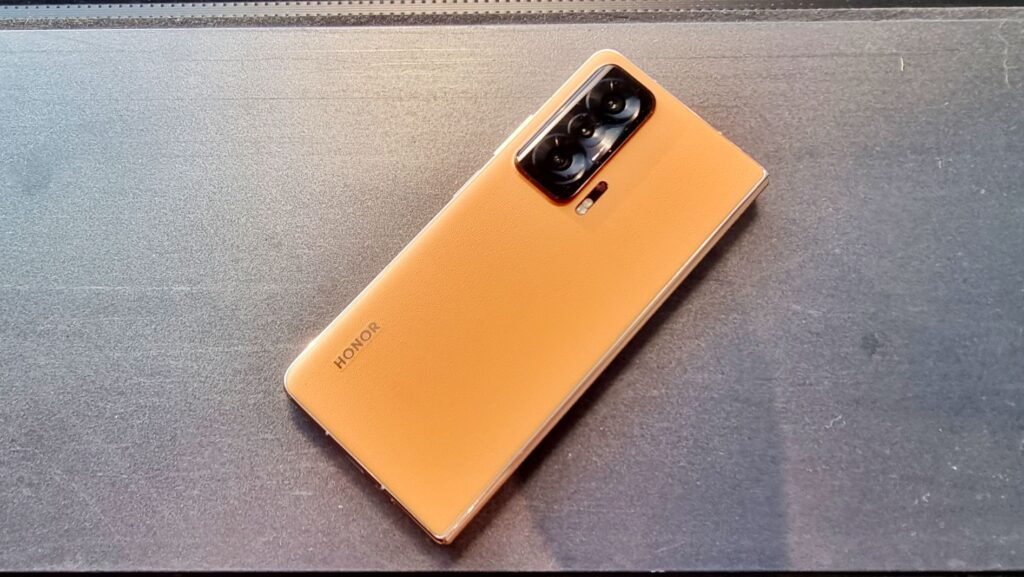 What is the Honor Magic V

Pronounced as the ‘Honor Magic Vee’ for the alphabet rather than the Roman numeral five, the Honor Magic V was released in China in early January 2022 and is Honor’s first 5G-capable foldable smartphone with a form factor akin to the Samsung Galaxy Z Fold3 5G with a front cover display and an inward foldable display. 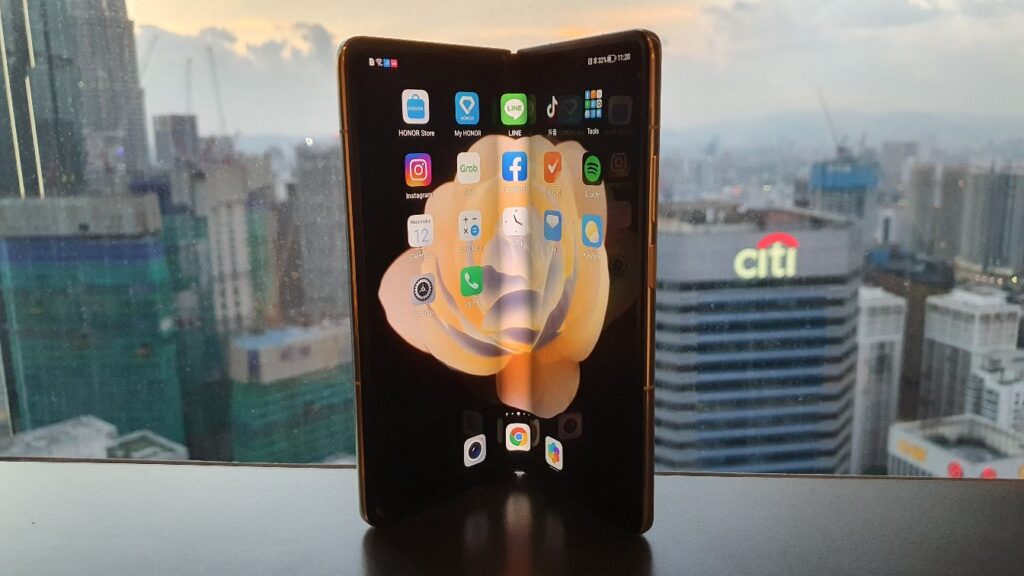 Unlike the current leading foldable phone in the market, the Honor Magic V has slightly tweaked dimensions with a slightly larger 6.45-inch 120Hz OLED cover display with 1080 x 2,560 pixels and a 10.3:9 aspect ratio while the main foldable OLED display is also slightly larger as well with a 7.9-inch diagonal though it maxes out at a 90Hz refresh rate and has a larger 21.3:9 aspect ratio. 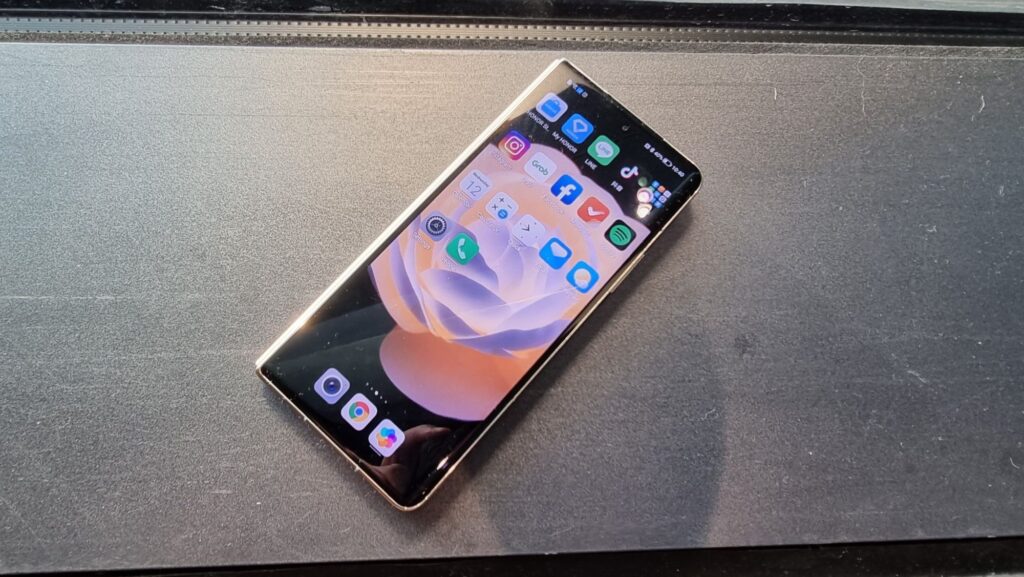 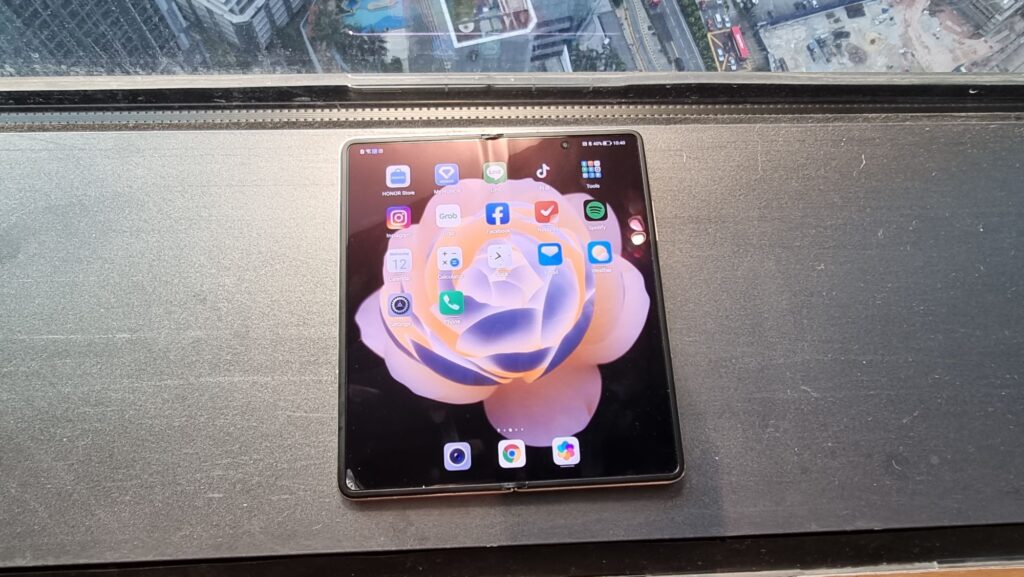 Under the hood, the Honor Magic V runs the latest Snapdragon 8 Gen 1 processor that’s built on a 4nm process with Android 12 and, in theory, full access to the Google Play store for units sold outside of China. Our test sample was able to install and run Google Play and ran everything including Google apps without issue. Storage configurations stick at 12GB RAM and either 256GB or 512GB of non-expandable storage.

The camera system for the Honor Magic V features a 42MP camera set into a punch hole on the front Cover screen, another 42MP camera inset into the main display and a triple camera array on the rear. 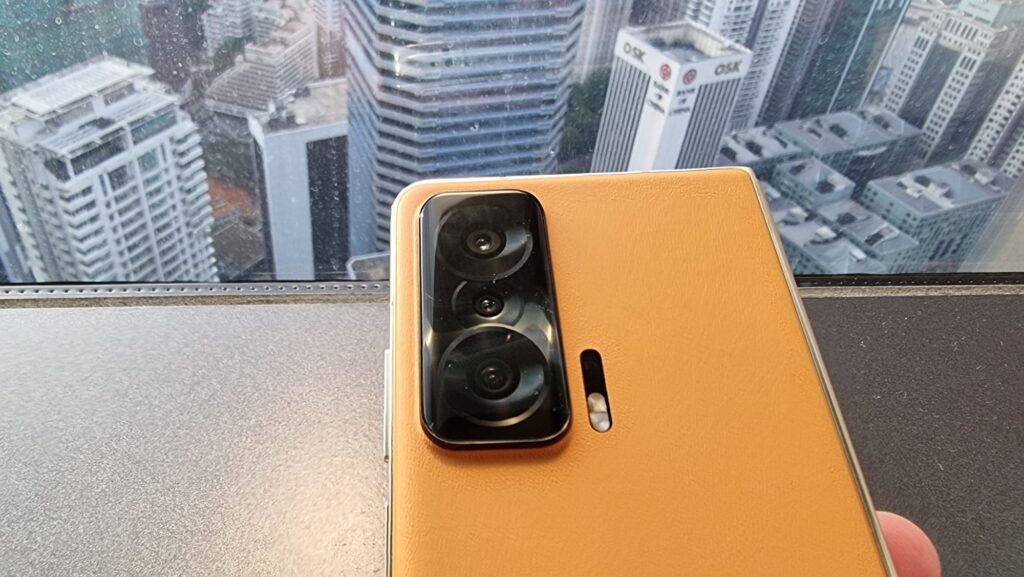 I managed to get a quick look at a working sample of the Honor Magic V in a shade of Burnt Orange. Rather than the usual mirrored glass backplates common to many flagship phones, the Burnt Orange finish has the feel of faux leather with a muted orange hue. The tactility is pleasant and the phone feels grippy which minimises the risks of it slipping when held. 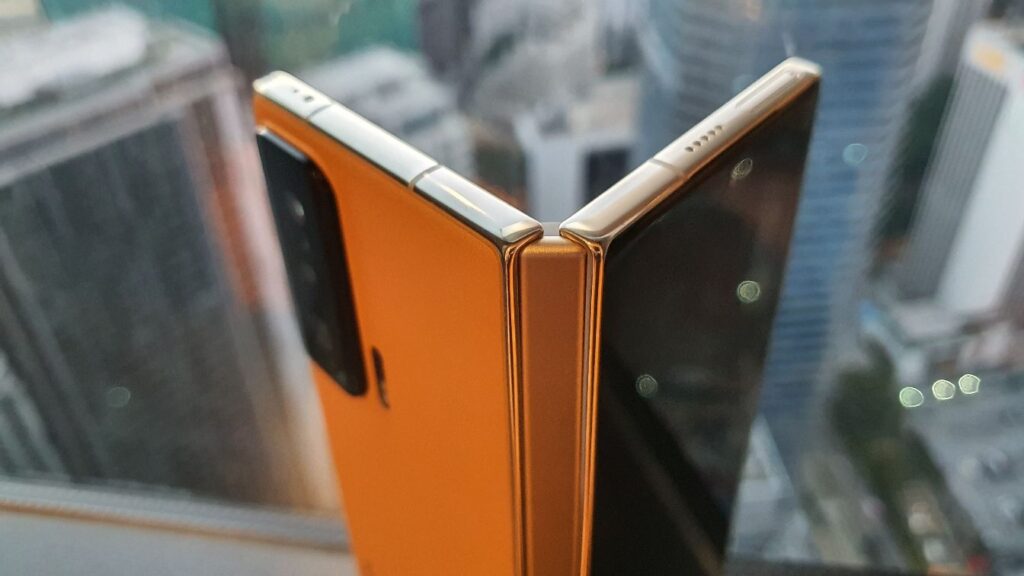 Unfortunately, the phone lacks any water or dust protection so some care is needed to prevent any potential mishaps. From the official literature, Honor has used an alternative solution instead of Corning Gorilla Glass to protect the front Cover display that they’ve called as a ‘nano crystal glass‘ screen with improved drop resistance compared to a conventional glass panel. Naturally, I had no means to test this claim out for obvious technical reasons. 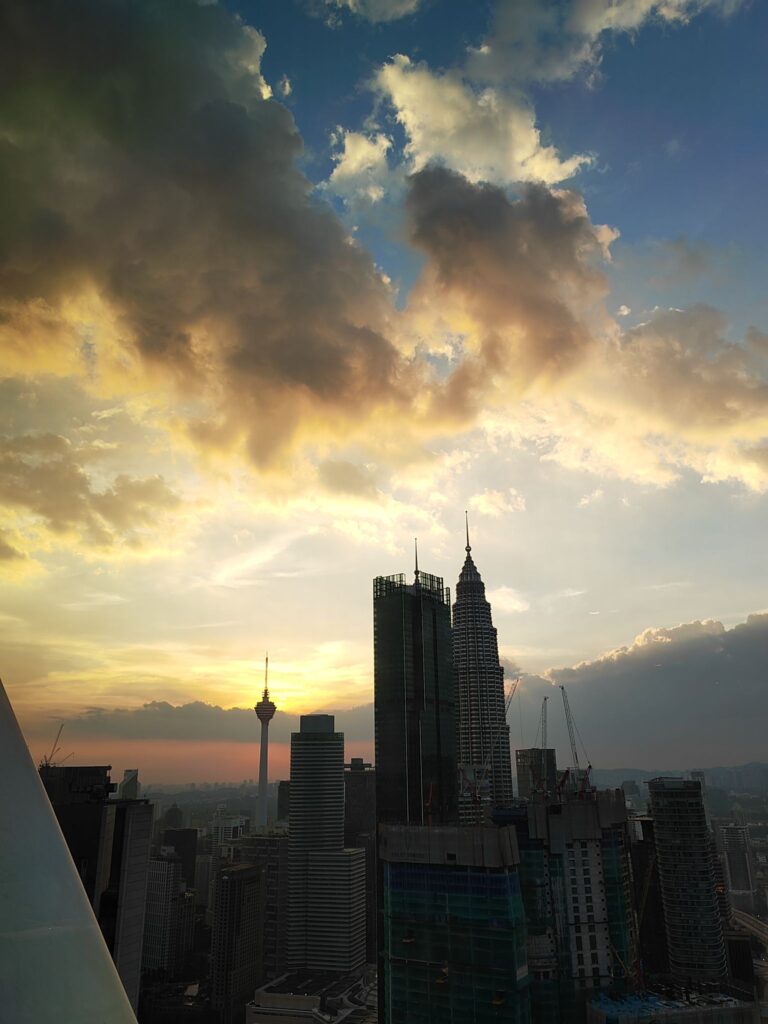 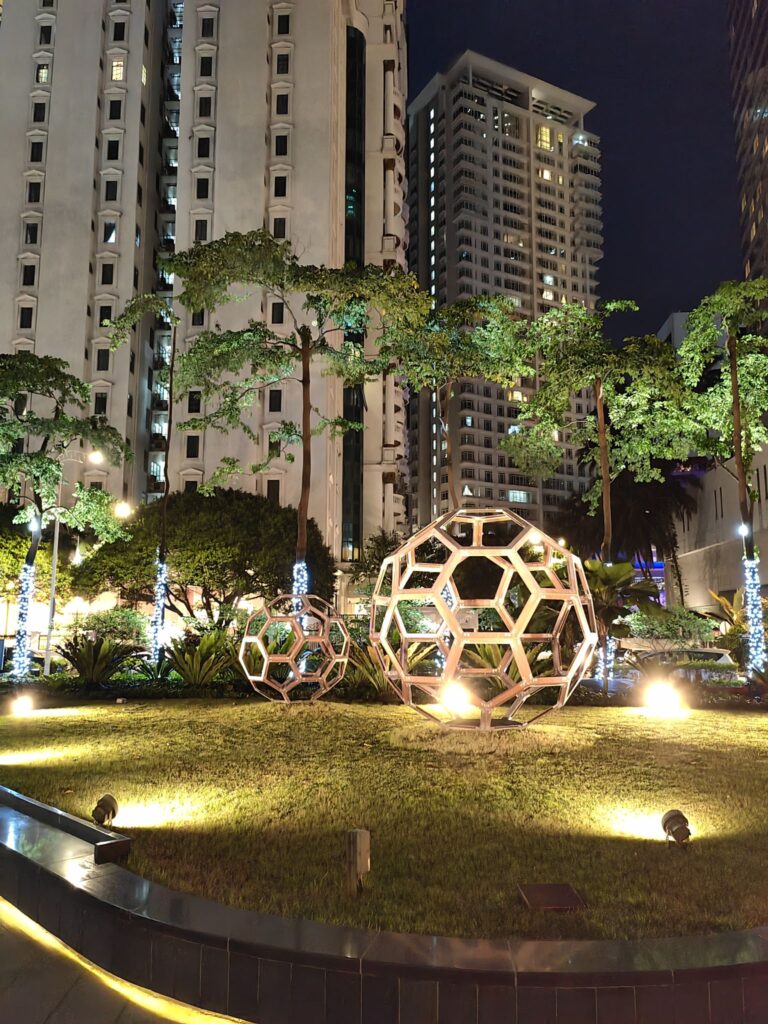 In our Honor Magic V first look, both the cover and main display feel pleasantly slick and smooth to the touch with a relatively pleasant glide when navigating the display with minimal smudging.

The most immediate question aspiring owners would ask would most likely be the nature of its displays and, more importantly, if there’s a gap between them. It’s markedly reduced compared to the leading design despite having a similar form factor on account of the fact that it uses what they call a ‘waterdrop’ hinge. Rather than folding it across like a piece of paper, a waterdrop hinge instead gently curves it halfway which leads to a less noticeable seam when the display is deployed. 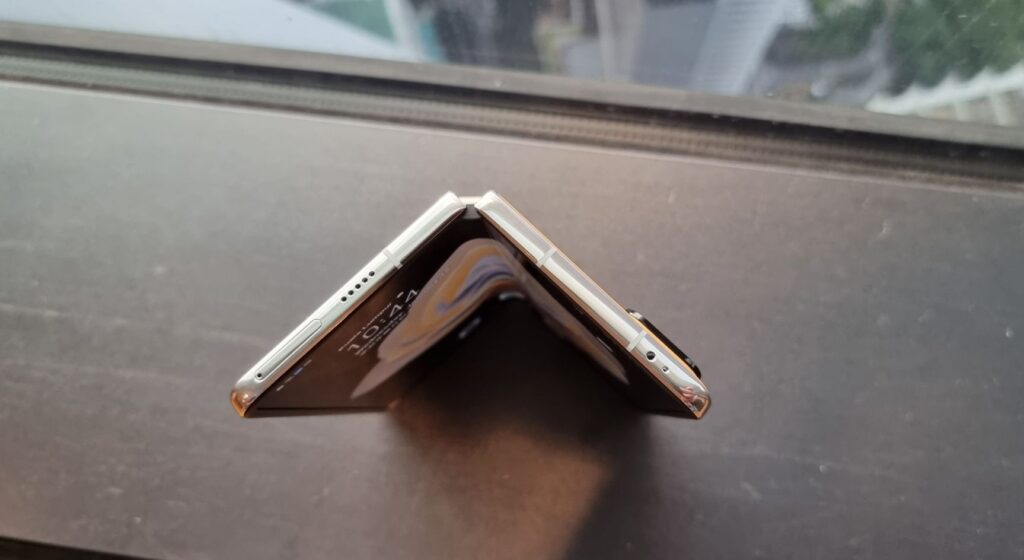 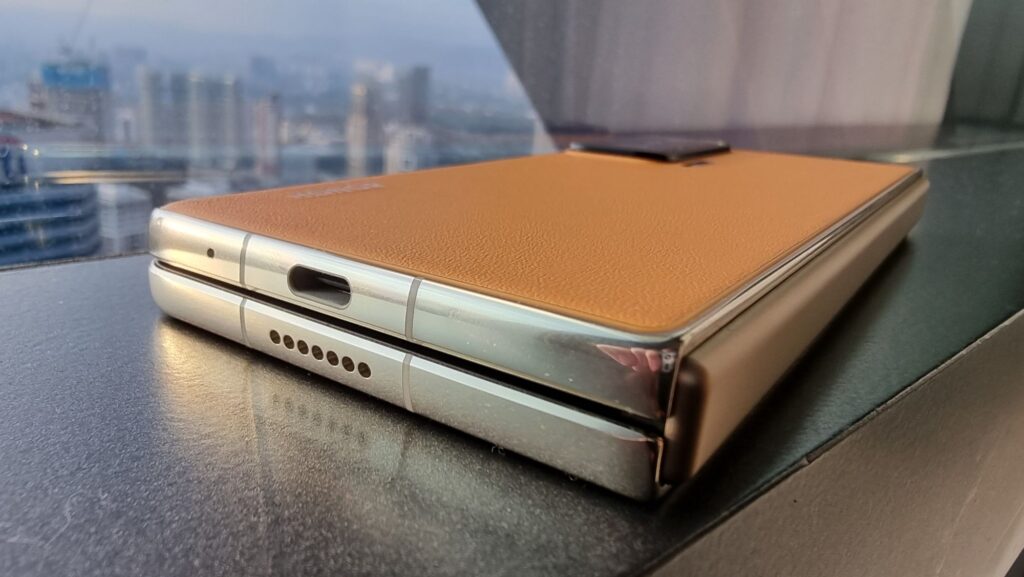 Another thing to notice about the nature of the waterdrop hinge is that it doesn’t quite allow for it to be folded halfway and you get a springy, bouncy sensation with the screen moving slightly rather than staying firmly in place. In any case, the Honor Magic V doesn’t seem to have any modes built into its firmware that take advantage of this hybrid design so you’re limited to using it purely closed or open. 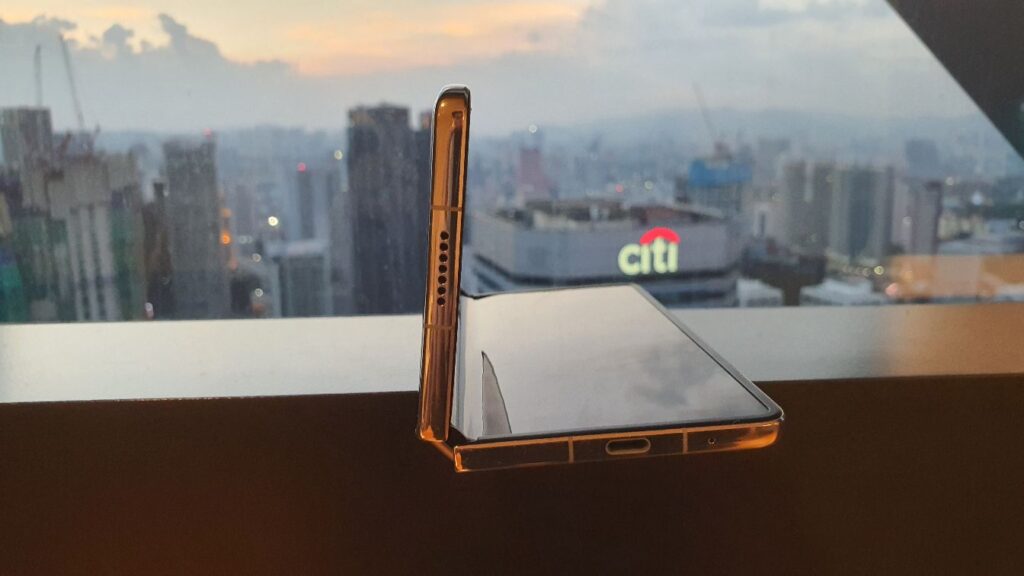 I didn’t get a chance to thoroughly benchmark or test it though the version I had using the Snapdragon 8 Gen 1 ran along at a smooth clip, handled and swapped between a dozen open browsers without issue. Videos on both the Cover and Main display were pleasantly vibrant and smooth. The rear triple camera array was capable of serving up some good shots and it features the usual set of modes to tackle most photographic scenarios. 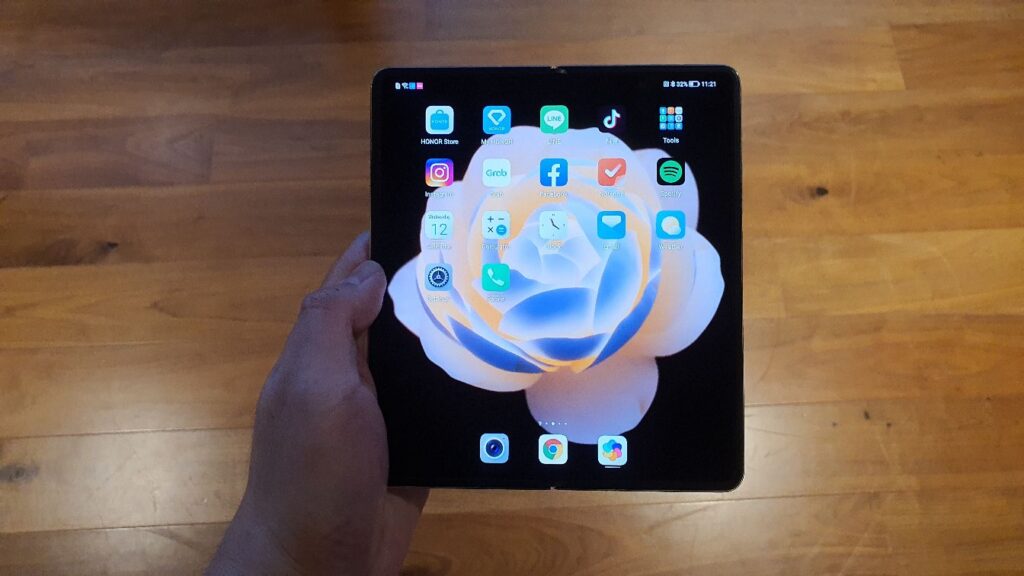 As I only had several hours with it, I wasn’t able to fully benchmark it or its battery life but at first blush, the larger Cover and main displays do offer distinct advantages. Once I get my hands on a working retail unit for Malaysia, I’ll be able to give it a more thorough assessment beyond my first look. 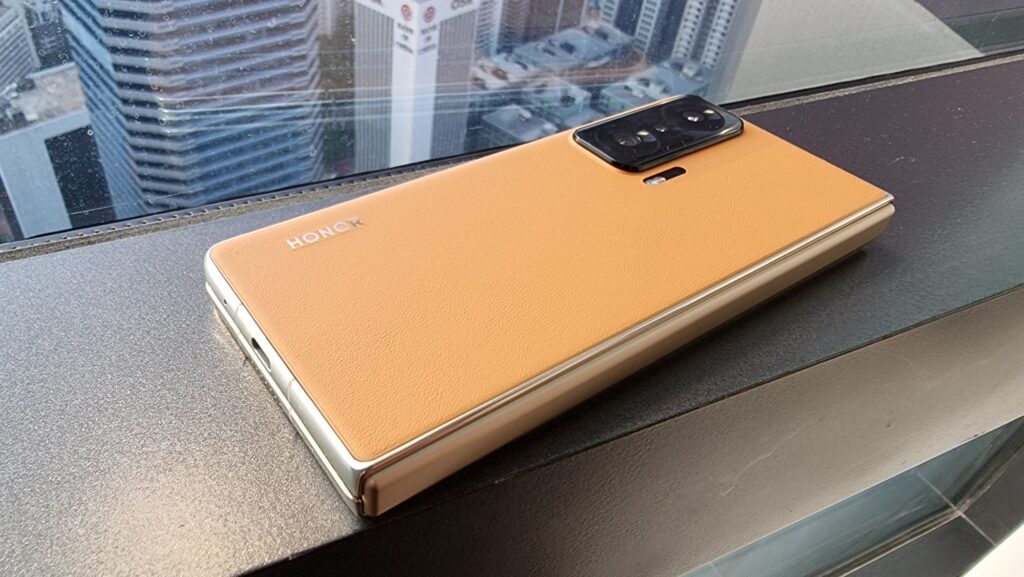 Assuming you’re dead set on getting one, you’ll likely be able to acquire a sample on the grey market or via an importer though without local warranties or a means to service it if things go pear-shaped, it’d be a risky proposition at best. Our Honor Magic V first look is promising though a more thorough review needs to be done for a final assessment as to its capabilities.

There’s no official word as yet from Honor if they will be bringing the Magic V to Malaysia with the foldable being currently limited to a China release for now but we’ll keep you posted the moment we hear of anything.